Yonex signs Victoria Azarenka, former World No.1 tennis player for a racquet, bag, and accessories contract. Returning from an extended break, Azarenka will compete in this year’s Wimbledon with a Yonex racquet, Yonex accessories, and Pro Series racquet bag. 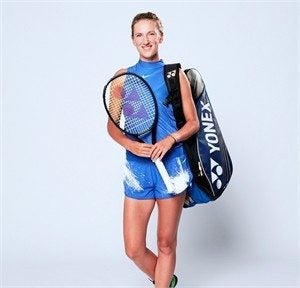 “I really feel I haven’t reached my full potential yet,” says Azarenka, who returned from her 13-month leave. “To achieve my goals I knew I needed to change my technique, biomechanics, as well as finding the perfect racquet to support my game,” she explained. “So I took the opportunity before returning to search for something with more power and control.”

“The square-shaped Yonex ISOMETRIC racquets are actually very familiar to me,” commented Azarenka, who competed with a Yonex during her junior years. After getting re-introduced to Yonex racquets through her coach, Michael Joyce (former World No.64 Yonex player), she was immediately drawn to the expanded sweet spot and power she experienced, as well as Yonex’s meticulous attention to detail in product development and manufacturing.

Following Wimbledon, Azarenka will compete at the Bank of the West Classic, Western & Southern Open, and the US Open.