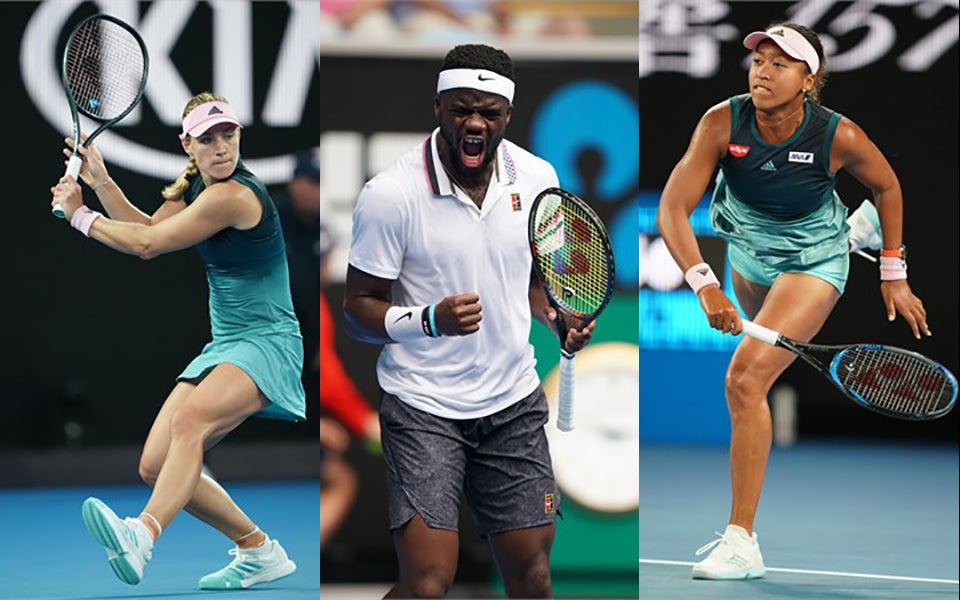 MELBOURNE, Australia — Career milestones were achieved on Day 3 at the Australian Open, as Angelique Kerber (GER) recorded her 100th career Grand Slam victory. The German became the eighth active player to reach the milestone at a major with her second round win.

“I'm feeling good,” said Kerber who turns 31 tomorrow. "I think it was a good match from my side.”

Earlier in the day, Frances Tiafoe (USA) scored the biggest win of his young career. The 20-year-old clawed his way back from a set and a break down to defeat fifth-seeded Kevin Anderson in four sets.

“It’s probably the best win of my career,” said Tiafoe who had lost all three previous meetings to Anderson. “I'm starting to feel more comfortable finishing the match, not just playing a match.”

During the day session on Thursday, Anastasija Sevastova (LAT) halted the suprise run of young Canadian qualifier Bianca Andreescu in Australia. Sevastova will play Qiang Wang for a spot in the fourth round for just the second time in her career in Melbourne.

The winner of Sevastova and Wang will await the winner of Naomi Osaka (JPN) and Su-Wei Hsieh (TPE) after Osaka cruised to another straight-set victory.

“(Su-Wei Hsieh) is really great and she’s been playing well recently,” said Osaka, who has only lost eight points through two matches when she makes her first serve. “I just hope that it’s exciting.”

Big-serving Pierre-Hugues Herbert (FRA) only faced three break points in his four-set victory over Hyeon Chung (KOR). The Frenchman will be looking for his first-ever round of 16 appearance at a Grand Slam when he faces Milos Raonic on Friday.

Two of the youngest players still alive in the main draw on the men’s and women’s side advanced to the third round for the first time in their respective careers. Denis Shapovalov (CAN) was never broken and served 16 aces to defeat Taro Daniel in straight sets. He will play top-seeded Novak Djokovic in the pair's first head-to-head matchup.

“I feel like if I do play good tennis, my best level, it will definitely be a good fight,” said Shapovalov. “I'll have a chance to make it a battle out there.”

Fellow teenager Dayana Yastremska (UKR), who is playing in just her second Grand Slam, recorded an upset of her own. The 18-year-old fired 32 winners and will play Serena Williams in the next round.

Yonex x the Next Generation

Yonex is the number one brand* for 21-and-under players at the Australian Open on both the men’s and women’s singles side.

*Tied with Wilson the men’s side.