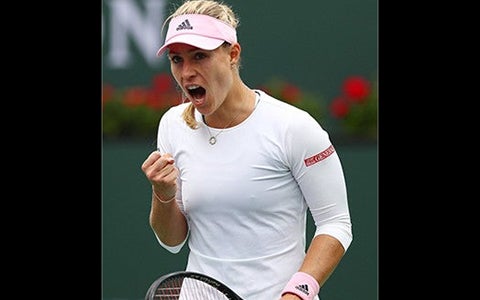 INDIAN WELLS, California — The final two spots in the women’s semifinals at the BNP Paribas Open were decided by Team Yonex on Thursday.

Arguably the hottest player in the WTA, Belinda Bencic (SUI), won her 12th-straight match - dating back to February 9 - and will move into the Top 20 for the first time in two and a half years on Monday.

Bencic’s three-set win over [5] Karolina Pliskova marked the sixth Top 10 opponent she has defeated in her recent winning streak.

"I'm very confident," said Bencic. "I'm really just trying to take it one step at a time. Of course now it's been a few steps more. But, you know, I'm not putting pressure on myself even now. I'm just playing.”

Angelique Kerber (GER) will be Bencic’s semifinal opponent after defeating Venus Williams in straight sets to reach her first semifinal in six years.

The German squeezed past Williams in a first-set tiebreak and took that momentum into the second, where she hit only two unforced errors, to advance with a 7-6, 6-3 victory.