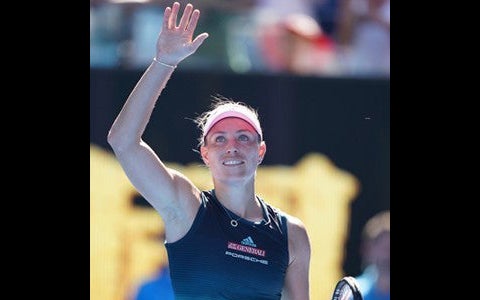 INDIAN WELLS, California — After coming up just short in 2012 and 2013, Angelique Kerber (GER) has advanced to her first BNP Paribas Open final with a straight-set win over Belinda Bencic. Sunday's Championship match will mark the first Premier Mandatory final for Kerber, who is a three-time Grand Slam Champion.

"I was trying to play concentrated and going for it when I had the chance," said Kerber after snapping Bencic's 12-match winning streak. "I'm really happy to be in the final for the first time now."

Kerber will play wildcard Bianca Andreescu (CAN), who has only dropped one set en route to the finals. The 18-year-old Canadian has won more WTA matches than any other player this year and is now the highest-ranked teenager on tour.

"I'm really looking forward to a really tough battle," said Kerber. "I know that I have to play my best tennis in the final again, and I will try to enjoy it as well."