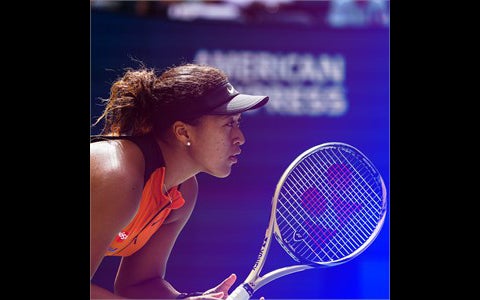 "I'm feeling good physically,” said Wawrinka. “These victories give me confidence for the next one."

Wawrinka will play top-seeded Novak Djokovic for the first time since the 2016 US Open final, where Wawrinka won his third career Grand Slam in four sets. Sunday’s match marks the 25th meeting of their career.

Donna Vekic (CRO) recorded another straight-set victory against Yulia Putintseva during the day session on Saturday. Vekic has yet to drop a set the entire tournament but will have a much tougher test in the fourth round. The Croat will play Julia Goerges, who she is 0-3 against in her career, for a spot in her first Grand Slam quarterfinal.

"I’m playing good tennis here," said Vekic, "Hopefully it will be a good match and hopefully I can win for the first time."

To wrap up the third round, Naomi Osaka (JPN) took the court for the night session with a spot in the second week on the line.

On Arthur Ashe Stadium, Osaka prevailed in one of the most talked about matches of the tournament so far. The defending champion was up against 15-year-old Cori ‘Coco’ Gauff but quickly put the pre-match hype to rest.

Osaka raced out to a 3-0 lead to open the first set, converted six of seven break point opportunities, and won the final eight games of the match to advance with a 6-3, 6-0 victory in just over an hour.

The World No. 1 will play Belinda Bencic (SUI), who received a walkover in her third round match, on Monday.

“I know that I lost the two times we played earlier this year,” said Osaka. “For me, I just expect a fight. She doesn't really ever give up. She kind of fights for every point.”