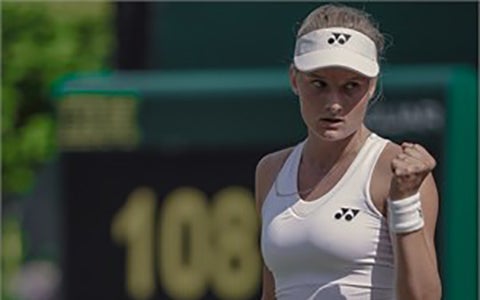 WIMBLEDON — 19-year-old Dayana Yastremska (UKR) is making the most out of her main draw debut at Wimbledon. Quietly coming through the bottom of the draw, Yastremska has reached the second week of a Slam for the first time in her career.

Yastremska is no stranger to success on grass. The teenager was previously a finalist in the Girls’ Singles draw just three years ago where she said, “Grass courts give me so much power.”

In her third round match on Friday, Yastremska hit 37 winners to Viktorija Golubic’s nine to advance with a 7-5, 6-3 victory. The Ukrainian will play Shuai Zhang, who upset 14th-seeded Caroline Wozniacki in the previous round.

Monday’s fourth round match will be the duo’s second meeting. Yastremska won their previous match in straight sets en route to her first WTA title in Hong Kong last October.