The duo, who also won the 2020 Australian Open earlier in the year, enjoyed a little bit of revenge after being forced to withdraw from the US Open due to COVID-19 protocols in early-September.

"I'm really, really happy after US Open to take the title here. It's somehow very, very special. I always say it's special, but this, it's different. It's like a weird feeling. It's even hard to describe," said Babos.

Women’s Wheelchair Doubles: de Groot makes it 17
Since making her Grand Slam debut in 2017, Diede de Groot (NED) has lifted the singles or doubles champion’s trophy in an astounding 12 of 15 majors played.

At this year’s Roland-Garros, de Groot teamed up with countrywoman Aniek van Koot in the women’s wheelchair doubles division and scored a three-set victory to win her 17th-career Grand Slam title.

Quad Wheelchair Men’s Doubles: Wagner dethrones the champs
46-year-old American David Wagner became World No. 1 nearly 20 years ago in 2003 but still has the same passion and energy to compete on the world’s biggest stage.

Wagner, who switched to the EZONE 100 during the tour’s suspension, won his 20th-career doubles title, teaming up with Sam Schroder to defeat defending champions Dylan Alcott and Andy Lapthorne in the quad wheelchair division. 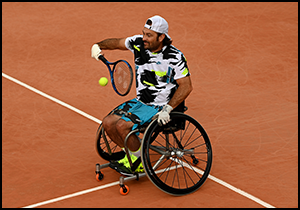 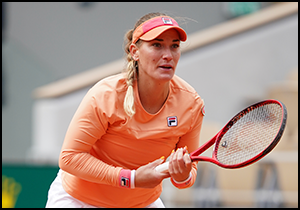