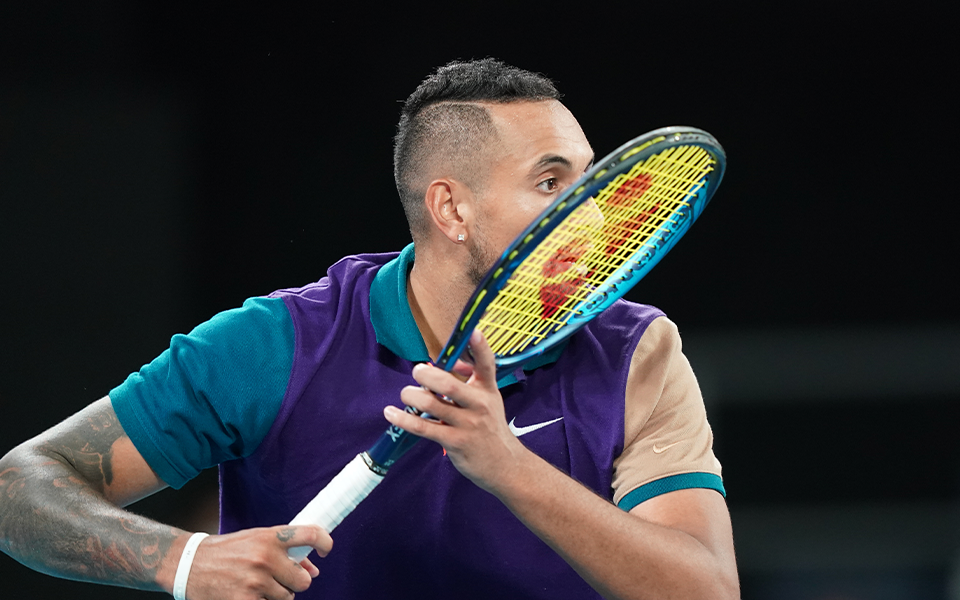 MELBOURNE, Australia – As matches heat up Down Under, the roars of the crowds are back heading into the middle weekend of the fortnight. Eight players from Team Yonex have recorded their best performance at the Australian Open, reaching the third round for the first time in their career.

Most Entertaining Match
Australia’s own Nick Kyrgios was down two match points in the fourth set against [29] Ugo Humbert (FRA) but extended the match to a decider and eventually prevailed in what he called “one of the craziest matches I have ever played.”

One set away from victory, Humbert broke Kyrgios to begin the fourth set and had the opportunity to serve out the match at 5-4. However, at the 2-hour, 30-minute mark in the match, Kyrgios forced a backhand error out of the Frenchman and eventually unleashed a backhand passing shot to save two match points.

Kyrgios, who had the benefit of a raucous crowd in his favor, rode out an early break in the fifth to escape with a 5-7, 6-4, 3-6, 7-6, 6-4 victory. Kyrgios extended his five-set record to 8-2, with half of those victories coming at his home slam.

Smooth Sailing
[3] Naomi Osaka (JPN) advanced with another straight-set victory in the bottom half of the draw that includes nine former Grand Slam champions. Her second-round victory is her 9th-straight slam win and 16th-straight overall.

A straight-set victory was a welcomed feeling for [11] Denis Shapovalov who was coming off a 5-set match in the first round. Shapovalov controlled the court behind 37 winners and 16 aces to advance in under two hours. 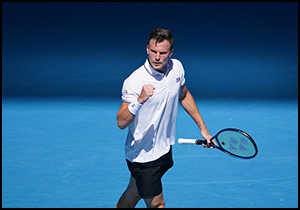 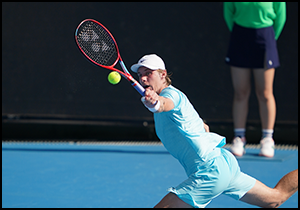