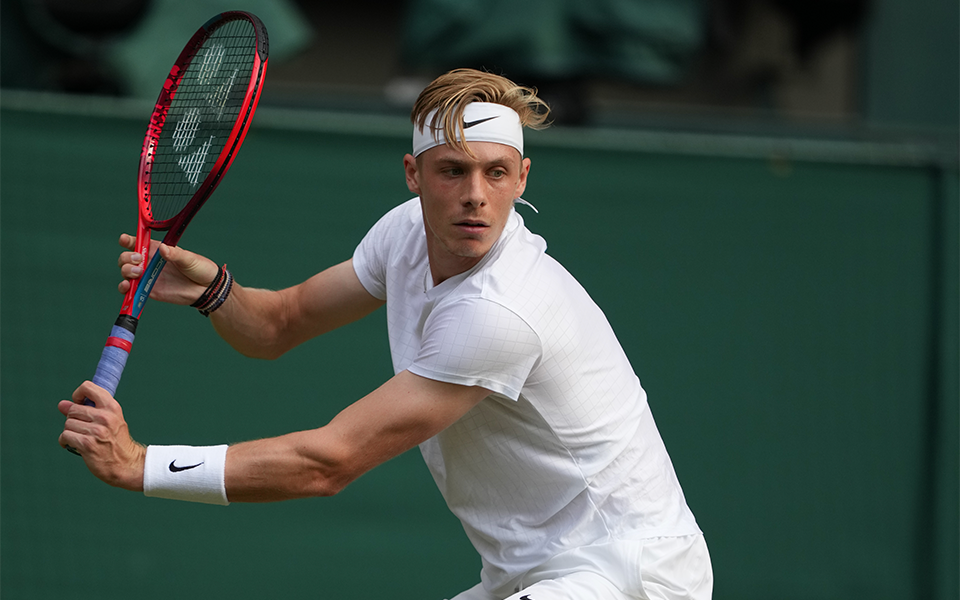 LONDON – Denis Shapovalov (CAN) shined on the show courts, while Angelique Kerber (GER) has found her form again on the grass.

Shapovalov Silences
[10] Denis Shapovalov took Centre Court for the first time in his career at The Championships against home crowd favorite Andy Murray. Shapovalov raced out to a 5-1, double-break lead, but Murray clawed his way back, winning 11 points in a row at one stretch and had chances to even the first at 5-all.

Amidst the comeback, Shapovalov stayed calm was able to serve it out on his first set point opportunity.

Shapovalov jumped right back on Murray’s serve to start the second set and never let up again. Shapovalov finished with nearly three times as many winners as Murray and broke the Brit six times to move onto the second week at Wimbledon for the first time in his career.

Shapovalov plays [8] Roberto Bautista Agut for a spot in the quarterfinals.

Kerber Building Momentum
The London summer has brought a bit of rain to SW19, which worked in [25] Angelique Kerber’s favor on Saturday. Kerber quickly went down 1-5 to start her third-round match but the rains came again to give Kerber the break she needed.

After the delay, Kerber stormed back, dropping just two games the rest of the way for a 2-6, 6-0, 6-1 victory. Kerber is now on an 8-match win streak and will face [20] Cori Gauff on Monday.

Hurkacz’s Confidence is Back
After winning the Miami Open in April, [14] Hubert Hurkacz (POL) struggled in the transition from hard to clay and then to grass. He was on a 6-match losing streak entering Wimbledon but snapped it with a straight-set victory in the first round.

Two matches later and Hurkacz is into the round of 16 at a major for the first time in his career. 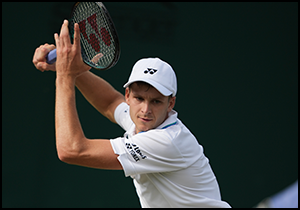