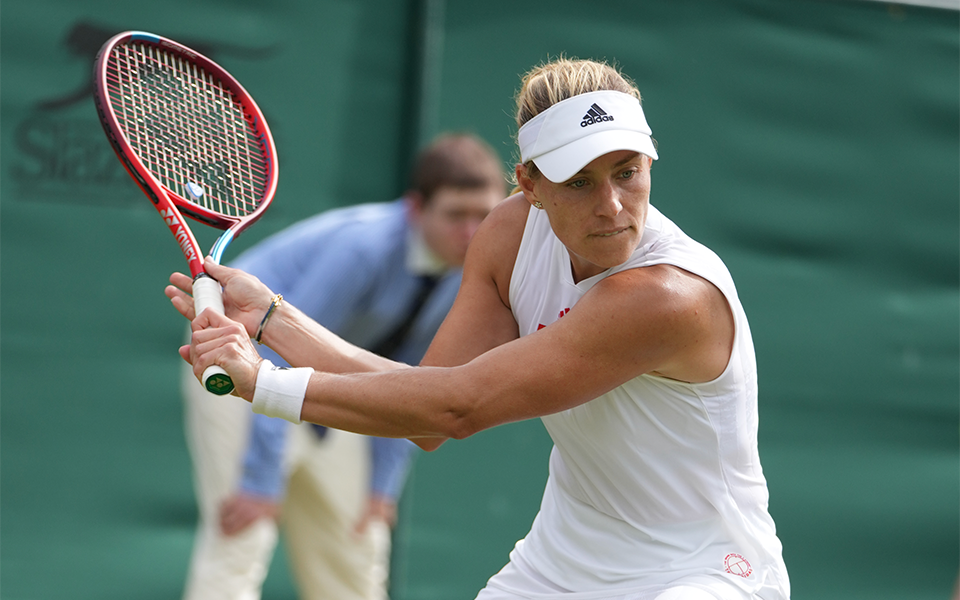 Vintage Angie
For the first time since winning Wimbledon in 2018, Angelique Kerber is back in a major quarterfinal. Kerber, who had lost in the first round of the last three slams, defeated [20] Cori “Coco” Gauff, 6-4, 6-4.

This fourth-round match between the oldest (Kerber) and youngest (Gauff) players in the draw began with five straight breaks of serve. The pair settled in, as there would only be one more break of serve, which proved to be the difference in the second set.

“I really worked hard in the last few months,” said Kerber. “Being able now to play matches like this, win close matches, going out there and enjoying it, feeling my tennis, it's always a good sign.”

Shapovalov Stuns
Denis Shapovalov is into the quarterfinals at The Championships for the first time in his career after a straightforward, straight-set win over [8] Roberto Bautista Agut in their first career meeting.

Shapovalov came out firing. The Canadian hit 13 winners in the first four games and broke twice to go up 4-0. He was able to break Bautista Agut five more times in the match to advance in just over two hours.

“I played some really high-level tennis today,” said Shapovalov, who hit more than 50 winners and 38 more than his opponent. “I got a little bit nervous in the third set, but that is totally normal, and I dealt with that really well. I played flawlessly and I am super happy with myself.”

Fucsovics Gets Over the Hump
"I hope I don't play you anymore this year!” said Marton Fucsovics, after losing to Andrey Rublev for the second time in two weeks earlier this year. The very next tournament, the pair played again, with Rublev winning in straight sets for the third time.

A couple tournaments later and for the fifth time in 2021, Fucsovics and Rublev would be opponents again. This time for a spot in the Wimbledon quarterfinals.

“I was not thinking about the previous matches,” said Fucsovics. “This one was a different match.”

Fucsovics broke Rublev’s streak of nine consecutive sets won against him by winning the first set 6-3. Rublev won the next two sets, but Fucsovics kicked it into a new gear, winning nine straight games, eventually pulling out a 6-3, 4-6, 4-6, 6-0, 6-3 victory.

Fucsovics will play Novak Djokovic for a spot in the semifinals on Wednesday. 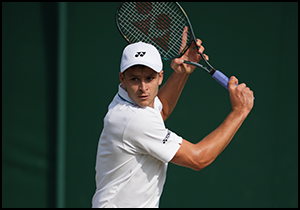