Angelique Kerber (VCORE Si 100, POLYTOUR FIRE 120) closed off an amazing 2016 season as the year-end World No. 1. She would go on to compete as the No. 1 seed at this year’s WTA Finals in Singapore, which ran between October 23rd and October 30th. 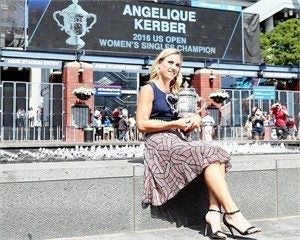 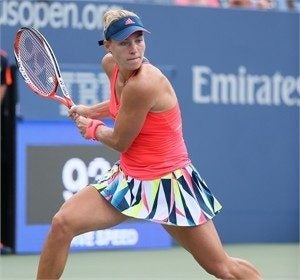 This year’s tournament would see Angelique make it to the knockout stage for the very first time in her fourth appearance at the tournament. In the round robin, she defeated Dominika Cibulkova, Simona Halep and Madison Keys, only dropping one set on her way to her first semifinal at the WTA Finals.

Angelique faced No. 2 seed Agnieszka Radwanska in the semifinal, leaving her opponent very few chances, dominating in straight sets, 6-2, 6-1. She would eventually place as finalist at the tournament after the championship match against Cibulkova.

The World No. 1 German has been experiencing great success this season ever since changing her string to the POLYTOUR FIRE. As explained in a past story on Yonexusa.com, she won her first Grand Slam title at the Australian Open a month after changing her string. Furthermore, this season has seen Angie achieve a match-win percentage of approximately 78%, winning 63 of 81 matches this year. Along with winning the Australian Open, her other big achievements this year include earning her second Grand Slam title at the US Open, winning the silver medal for Germany at the Rio Olympics, and of course ending the year as World No. 1.

We look forward to more big things from Angie going into 2017!