Yonex is pleased to announce the worldwide release of the latest racquet in the ASTROX series, which is quickly gaining a strong following among the world’s top players, including Akane Yamaguchi. The ASTROX 55, specifically designed for intermediate players, will be available in mid-September 2018. 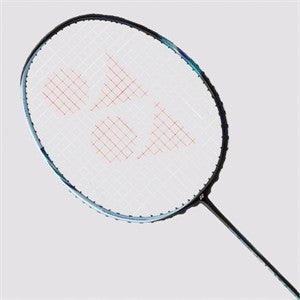 Amongst intermediate players, particularly those aged 13-18 years old, the most commonly heard feedback is that they’d like to improve their smash. To this end, Yonex has developed a racquet that allows them to maximize their power and increase smash speed. By combining the Rotational Generator System, a technology shared by all racquets in the ASTROX line, with an overall reduction in weight*, to perfectly match the swing speeds of intermediate players, the ASTROX 55 increases maneuverability during power shots, such as smashes, ultimately increasing smash speed. Additionally, the shaft employs the next-generation graphite material Namd*, which helps it to quickly flex and return to normal, further increasing smash speeds.

The ASTROX 55 is designed to support the growth of today’s young and intermediate badminton players into tomorrow’s “future aces.”

In high performance racquets, it is common to combine nanomaterials with resin that connects graphite fibers, but in Namd, nanomaterials are directly adhered to the graphite fibers and resin is greatly increased. This major improvement produces a shaft that flexes and stores energy, delivering explosive force on impact with the shuttle.

By applying the counterbalance theory, weight is distributed throughout the grip end, frame top and the joint for maximum control. The transition to the next shot can be performed smoothly and in rapid succession.