Yonex is proud to announce the ASTROX 77, set for worldwide release in mid-September. 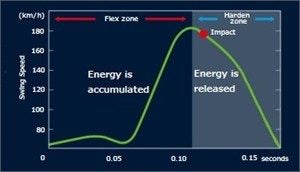 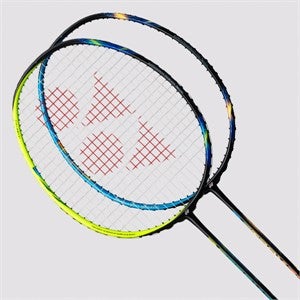 The world’s top players employ many playing styles to defeat their opponents; smashes break opponents with powerful and accurate hits that plunge to the floor. Combining these approaches with fast play speed, smashes of varying angles, and power helps players rout their opposition.

ASTROX 77 uses a new dimension of graphite material, Namd, which greatly improves the adhesive degree of graphite fiber and resin by attaching nanomaterial directly to graphite fiber. From the initial movement of the player to the point of impact, the new dimension graphite is soft and the shaft extends and accumulates energy due to the fast swing speed. Since follow-through is smaller after direct impact with the shuttlecock, the swing speed drops and the new dimension graphite regains hardness and strengthens the resilience of the shaft, allowing the energy to rapidly explode before returning to its original state.

In addition, we use the grip end, to the frame top and the joint, to distribute weight throughout the racquet. The transition to the next shot can be performed smoothly with a rapid succession of powerful smashes. An attack-orientated method of play leads to a high-speed game with powerful, steep smashes, allowing for more chances with the shuttlecock.

By adopting a new design that allocates weight to the upper part of the frame, the joint part, and the end of the grip, less momentum is lost while the transition to the next shot becomes much more smooth.

・Smash power up 7.1% (The difference between the initial speed and the final speed is minimized allowing for a strong launch)