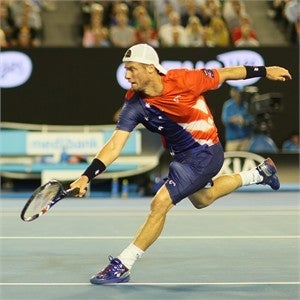 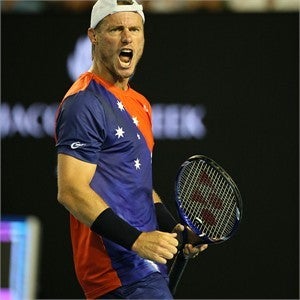 This year marked his 20th consecutive appearance at the tournament, with his family there watching him from his box. Against Spanish David Ferrer, the match proved to be an emotional affair that lasted over two hours. The Australian tennis icon fought with all his might, successes greeted with enthusiastic cheers from the local crowd.

Lleyton offered some words to the emotional audience at the end of the match, “I came out and gave everything I had like always. I left nothing in the locker room. That's something I can always be proud of. My whole career I've always given 100 per cent. I love coming out here and competing. It's never hard to come out playing in front of such great spectators every time I play out here on Rod Laver Arena. It's like a second home for me and I'm just so fortunate to have this opportunity 20 years in a row.”

The match concluded with a video tribute with comments from some of biggest names in tennis, including Nick Kyrgios: "You've taught all us young kids a lot so hopefully you'll still be hanging around. I just want to repeat what I've been saying to you: Don't go mate, you're playing such a high level of tennis, you're definitely still the best player in Australian tennis."

Lleyton won two Grand Slam titles at the US Open and Wimbledon in 2001 and 2002 respectively, and became the youngest World No. 1 in men’s singles ever at 20 years old and 9 months. He is still competing in the men’s doubles draw at the Australian Open and heading into round 2.