The 2nd round of this year’s Australian Open featured some of tennis’ youngest players with the highest expectations. NextGen Canadian star Denis Shapovalov’s 2nd round opponent was Frenchman Jo-Wilfried Tsonga. The two met at last year’s US Open with the young getting the better. This time, the flashy Canadian went big on shots and mesmerized the crowd with his athleticism. The rising star has taken the tour by storm since switching to the VCORE SV 95 along with a prototype string in the middle of the 2017 season. The new string, revealed as POYLTOUR STRIKE boasts striking power with tension maintenance. “The power on impact and feeling when I strike the ball is great. Even during my long matches I can control the course of the ball and play my game without worrying about the performance of my string changing.” 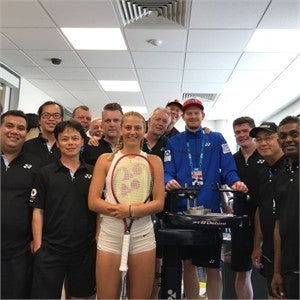 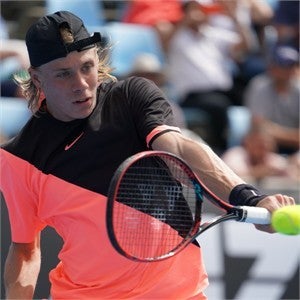 In the women’s draw, 15-year-old Marta Kostyuk of Ukraine has captured the hearts of the Australian Open crowd with her determination and grit. The young Ukrainian is on a 5 match winning streak having made the main draw from the qualification rounds. She has becomes the youngest player to reach the third round since fellow Yonex player Martina Hingis made the quarterfinals at age 15 in 1996. Marta will face fellow Ukrainian 4th seed Elina Svitolina next for a spot in the 4th round. Be sure to follow and these 2 youngsters throughout the rest of the 2018 season!