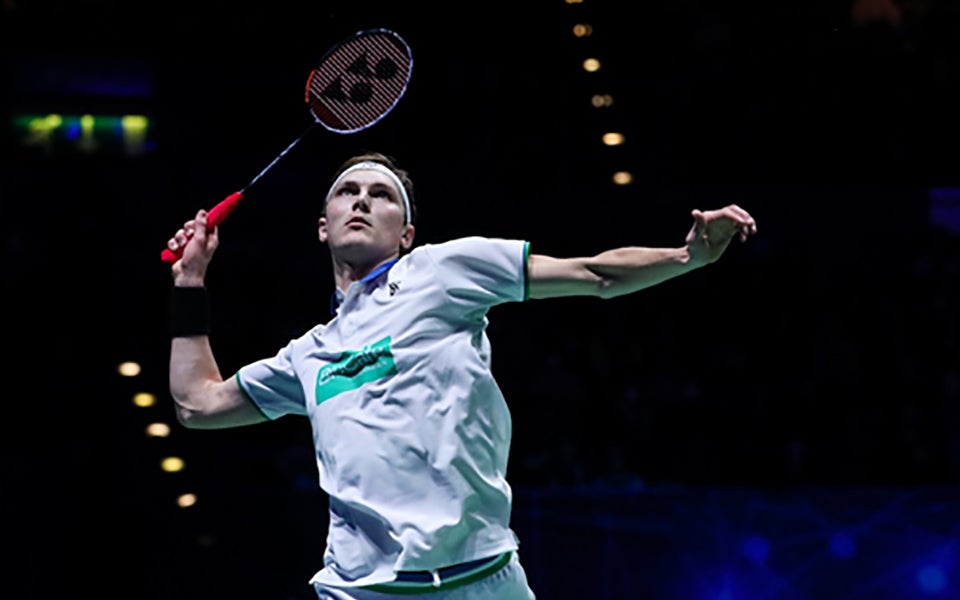 BIRMINGHAM, England – Coming out of a tense 3-gamer with Lee Zii Jia of Malaysia in the semifinals, Denmark’s Viktor Axelsen faced a similarly tough opponent, Chou Tien Chen of Chinese Taipei in the YONEX All England finals. Axelsen entered the match with great focus and consistency, allowing him to keep control throughout most rallies. Maintaining the lead for majority of the match, Axelsen defeated Chou Tien Chen in 46 minutes with a score of 21-13, 21-14.

This victory marks the first All England championship title in the men’s singles category from Denmark since the Legend, Peter Gade, defeated fellow Legend, Taufik Hidayat, in an iconic 3-game match in 1999.

The YONEX All England was Axelsen’s debut of the latest ASTROX model, the ASTROX 100. Although the German Open was intended to be the racquet’s debut, Axelsen displayed great confidence in the ASTROX 100 while playing on the great stage in Birmingham. The ASTROX 100 was also utilized by the men’s doubles champion, Hiroyuki Endo (JPN).

Axelsen previously posted an unboxing video of the ASTROX 100, expressing his initial impression of the new model. Within the video, Axelsen mentions his plans to release a formal review for his fans after thorough testing.