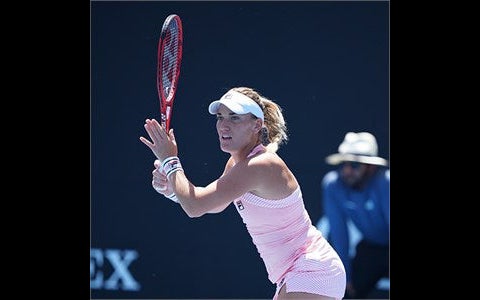 SHENZHEN, China — Timea Babos (HUN) is now a three-time WTA Finals champion. Currently ranked No.3 in the world in doubles, Babos and partner Kristina Mladenovic defended their WTA Finals crown earlier this month with a straight-set victory in the finals. It was Babos’ third-straight title at the year-end championships.

In 2019, the pair made the semifinals or better in all four Grand Slams and lifted their second major title as a team at Roland-Garros. With an undefeated record in Shenzhen, the duo secured the largest prize money check in doubles history of $1 million.

“To win five matches against the best teams in the world was pretty amazing,” said Yonex Coach Michael Joyce, who joined Babos’ team in the summer. “Timea has shown that she is one of the top - if not the very best - doubles player in the world after winning her third consecutive WTA title.”

LONDON— Pierre-Hugues Herbert (FRA) finished his 2019 campaign exactly how he started it - with a title. Herbert paired with countryman Nicolas Mahut to win the ATP Finals after finishing runner-up in 2018.

The duo began the year by winning the Australian Open, securing the elusive Career Grand Slam. Herbert then took time away from the doubles court to focus on singles, where he reached a career-high ranking of 36.

Herbert and Mahut reunited again later in the season and won their home tournament at the Rolex Paris Masters leading into the London. They carried that momentum into the season finale and were unstoppable as a team, winning their last nine matches without dropping a set. 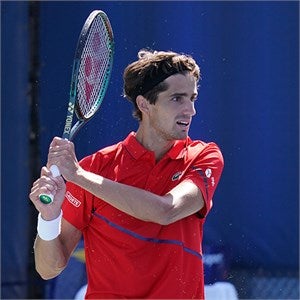