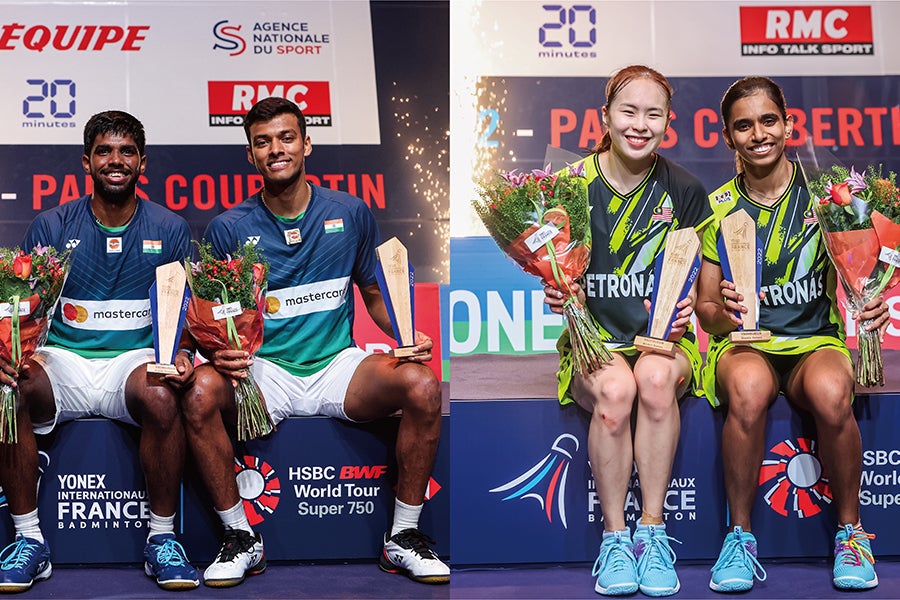 Final’s day kicked off with a bang in men’s singles, starring world No. 1 and back-to-back champion, Viktor Axelsen (DEN) facing off against Danish compatriot, Rasmus Gemke (DEN). Viktor established dominance from the beginning with strong, well-placed shots. After wavering in the beginning of the second game, he brought his pace back up for a strong win and his first French Open victory. The final score ended on 21-14, 21-15.

Women’s doubles captured the audience when 2021 Swiss Open champions Tan Pearly and Thinaah Muralitharan (MAS) took on 2021 All England champions, Mayu Matsumoto and Wakana Nagahara (JPN) for an exciting back and forth. From the start, Tan and Thinaah took the reins, hungry to claim their first Super 750 victory. Matsumoto and Nagahara pushed back in the second game, determined to match the Malaysian pair’s energy. The final match was touch and go before Malaysia pulled ahead and claimed the ultimate victory and the pairs biggest win to date with a final score of 21-19, 18-21, 21-15.

Next up were mixed doubles in a thrilling 3 game match that had fans on the edge of their seats. World Championships 2022 title holders, Chinese pair, Zheng Si Wei and Huang Ya Qiong (CHN) faced 2022 Dutch Open champions Selena Piek and Robin Tabeling (NED). The Chinese pair were favored going into the match, but Selena and Robin were determined to prove why they were in the finals. In a nail-biting close game, Zheng Si Wei and Huang Ya Qiong claimed victory over the Dutch pair with 21-16, 14-21, 22-20.

In women’s singles, Rio Olympic gold medalist, Carolina Marin (ESP) took on Denmark Open 2022 champion He Bing Jiao (CHN). The two fought back and forth in an exciting three game match, where they fought point for point in the third and final game. In an exciting conclusion He Bing Jiao was able to claim the victory with a score of 16-21, 21-9, 22-20.

Finally in men’s doubles, Commonwealth Games champions, Chirag Shetty and Satwiksairaj Rankireddy (IND) played against Taiwan’s Yang Po Han and Lu Ching Yao (TPE). The Indian pair came focused and ready to win with their highly coordinated playstyle, but the Taiwanese pair was determined, playing neck and neck in the second game. Shetty and Rankireddy claimed the match with a score of 21-13, 21-19.

Yonex is a proud supporter of the world’s best athletes and actively provides the expertise of the Yonex Stringing Team, as well as premium on-court equipment such as court mats, net poles, and shuttlecocks. 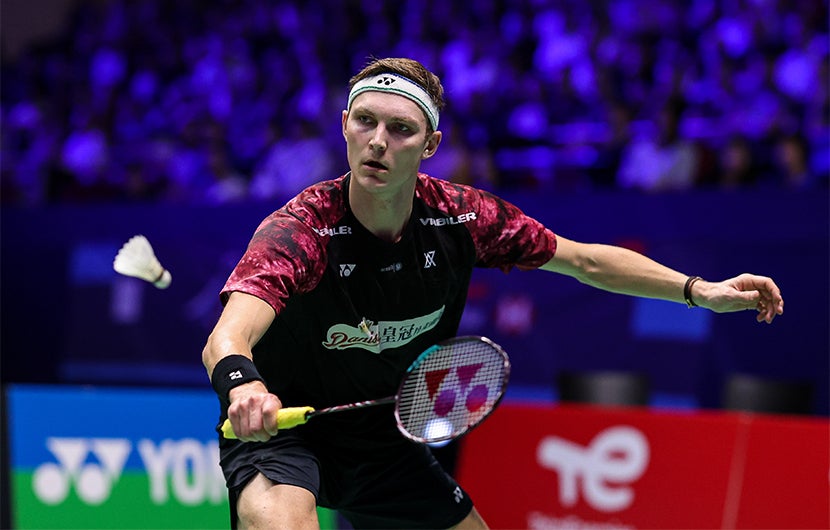 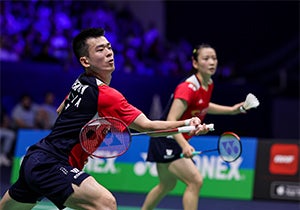