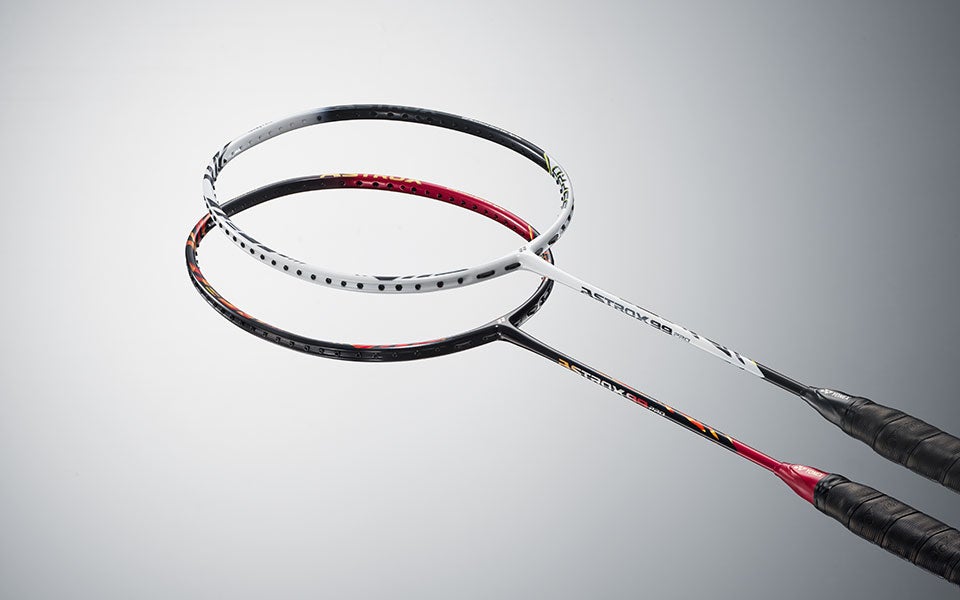 TOKYO, Japan – The popular ASTROX 99 series known for generating dominating smash power, is coming out with new technology and a new look ― in collaboration with men’s singles World No1. Kento Momota. The new ASTROX 99 goes a step beyond unequivocal raw power, gaining the ability to control the pace of the game. The new ASTROX 99 will be available in late-September with a design reveal on September 1st.

Like the ASTROX 88 S/D models, the new ASTROX 99 will be available to a wider audience with versions PRO, TOUR, GAME, and PLAY, designed and crafted with the same performance concept for different levels of play.

The ASTROX 99 is a head-heavy power racquet, boasting the heaviest swing weight of the ASTROX series. It’s known to generate a single, powerful smash, often too heavy to be speedy in recovery. In response, Yonex worked hand in hand with Kento Momota to craft a racquet that would give him both power and the ability to convert defensive plays into offense; the result is an improved ASTROX 99 where decisive power is accompanied by extended shuttle hold for enhanced defensive shot-making.

The new ASTROX 99* is equipped with the POWER-ASSIST BUMPER, a tungsten-infused weighted bumper installed at the top of the frame transferring additional weight to the shuttle for more powerful smashes. To enhance defensive shot-making, Wide Diameter Grommets are strategically placed on the frame sides, allowing strings to shift at impact for emphasized shuttle pocketing. The iconic ISOMETRIC frame has been modified by strengthening frame corners to adjust the shape and expand the sweet spot.

*Technologies may vary between TOUR, GAME, and PLAY models.

The iconic ISOMETRIC head shape is enhanced for a larger, more forgiving sweet spot. Frame sides are strategically reinforced with wider areas for a stronger construct.