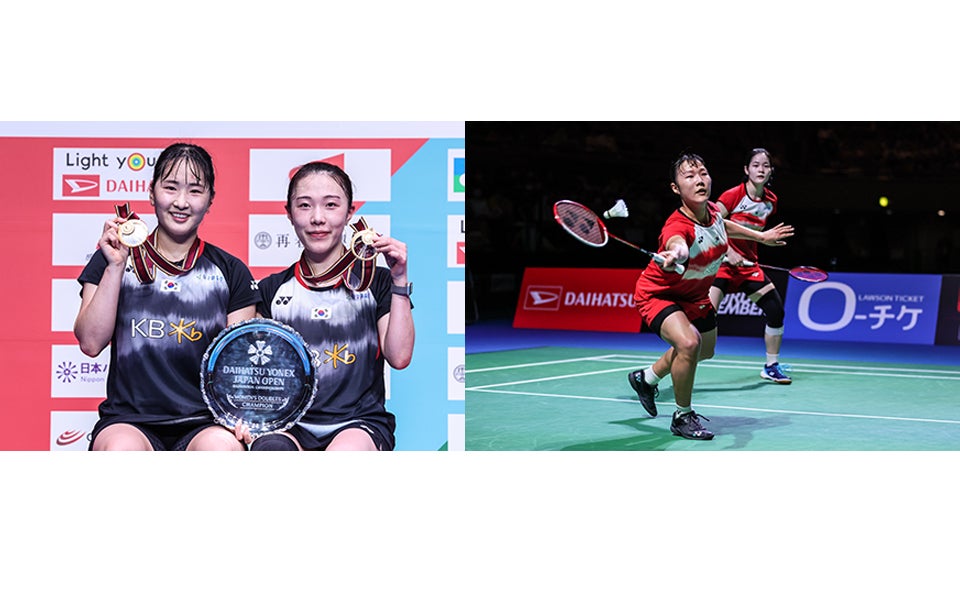 OSAKA, Japan — The Daihatsu YONEX Japan Open 2022 came to a close on Sunday, September 4th where we saw new talents take the stage and build a name for themselves. More than fresh faces made an appearance at this year’s Japan Open, however. The new ARCSABER 7 made its debut with Dechapol Puavaranukroh (THA) and Gabriela Stoeva (BUL) after its worldwide release in August.

Final’s day kicked off with some new energetic faces in the women’s doubles finals. Korean pair Jeong Na Eun and Kim Hye Jeong (KOR) took on Baek Ha Na and Lee Lu Lim (KOR) for an extremely close fought match. Korean pairs played neck and neck throughout both games, but in the end Jeong Na Eun and Kim Hye Jeong claimed their first 750 level major title with a score of 23-21,28-26.

Men’s doubles followed with newly paired Wang Chang and Liang Wei Keng (CHN) facing off against veterans Kim Astrup and Anders Skaarup Rasmussen (DEN). Wang Chang and Liang Wei Ken started off strong, determined to prove themselves against the older more experienced pair. After three quick games, the young ambitious pair did just that with their first ever world tour title and a victorious score of 21-18, 13-21, 21-17.

In women’s singles, World No.1 and recent champion of the 2022 World Championships, Akane Yamaguchi (JPN) matched up against 2021 World Tour Finals champion, An Se Young (KOR) for the last match of the day. With Akane Yamaguchi’s pure focus and the crowd in her corner she could not be matched. In two swift games she claimed victory with a score of 21-9, 21-15 and cemented back-to-back triumphs in her home nation.

Yonex is a proud supporter of the world’s best athletes and actively provides the expertise of the Yonex Stringing Team, as well as premium on-court equipment such as court mats, net poles, and shuttlecocks. 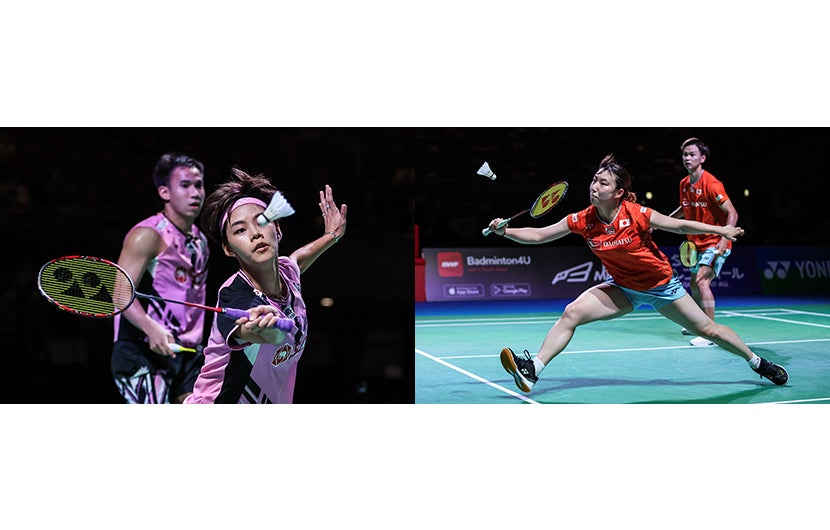 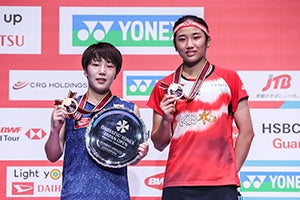