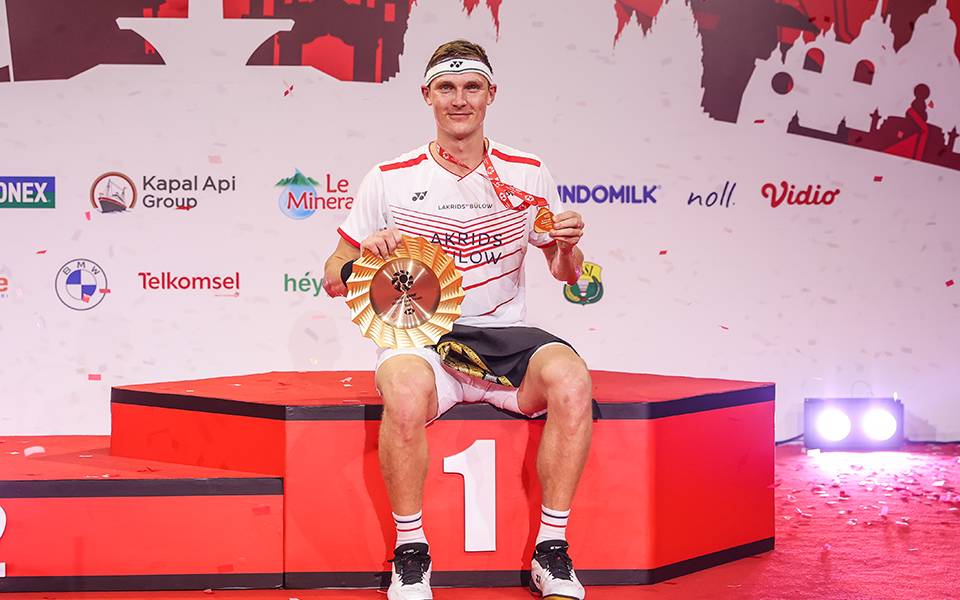 BALI, Indonesia — The 3-tournament leg in Bali, also known as the Indonesia Badminton Festival, came to a closing with heated final matches of the HSBC BWF World Tour Finals on Sunday, December 5th.

The Westin Resort Nusa Dua, Bali hosted the Daihatsu Indonesia Masters, SimInvest Indonesia Open and HSBC World Tour Finals, where world-class players convened in a “bubble” allowing them to compete during COVID difficulties. Yonex was the sole supplier and partner for all 3 tournaments, providing premium on-court equipment such as our top-of-the-line court mats and shuttlecocks, as well as the expertise of the globally-renowned Yonex String Team.

Kicking off the finals day with women’s doubles, Olympic bronze medalists Kong Hee Yong / Kim So Yeong (KOR) faced champions of the previous two Bali tournaments, Nami Matsuyama / Chiharu Shida (JPN). The momentum of the Japanese pair showed promise, but Kim and Kong blazed through the first game 21-14. Shida and Matsuyama started the second game strongly with a 6-1 lead, but soon allowed 8-consecutive points to Kim and Kong. The bronze medalists from Korea shined brightly as the champions of the Tour Finals at 21-14, 21-14.

Following was mixed doubles with an Indonesia Open finals repeat match-up between Dechapol Puavaranukroh / Sapsiree Taerattanachai (THA) vs. Yuta Watanabe / Arisa Higashino (JPN). Historically, the Japanese pair have shown consistent results against the Thai pair up until the Indonesia Open. Although Watanabe / Higashino maintained a lead throughout the first game until 18-15, the Tour Finals had a similar outcome where Dechanpol and Sapsiree took the title once again with a final score of 21-19, 21-11. The Thai pair managed an impressive three-peat in Bali. 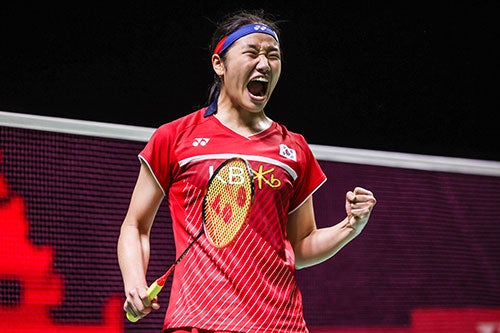 In women’s singles, An Se Young (KOR) faced Olympic bronze medalist Pusarla V. Sindhu (IND). An Se Young also up for a three-peat, was out to get it. Coming out of the gates strong, the 19-year-old Korean showed no remorse by preventing Sindhu from a single moment to lead in the first game. An Se Young completed her task, winning her third title in Bali, the Tour Finals, 21-16, 21-12.

The men’s doubles finals saw the same pair as the previous two tournaments, Takuro Hoki / Yugo Kobayashi (JPN) vs. world no. 1 pair Marcus Gideon / Kevin Sukamuljo (INA). These competitors became rivals in the Bali bubble having split the previous championship matches 1-1. At the Tour Finals, Hoki / Kobayashi found themselves chasing in the opening game but were the first ones convert a game at 21-16. Kevin and Marcus quickly returned in the second game to push the match into the final. The Japanese pair maintained a healthy lead with strong defense-to-offense conversions, sealing the Tour Finals title 21-16, 13-21, 21-17.

The final match-up was between BWF Male Player of the Year, Viktor Axelsen (DEN) vs. Eddy Chong Most Promising Player, Kunlavut Vitidsarn (THA). Kunlavut won his seat in the finals by defeating All England Champion, Lee Zii Jia (MAS) in the semifinals in straight games, 21-18, 21-18. Attention was on the 20-year-old as he challenges the Olympic gold medalist. However, Viktor showed no signs of lowering his guard, not allowing even one moment for Kunlavut to take the lead. Viktor won the Tour Finals title, 21-12, 21-8, adding another victory to his undeniably successful year.