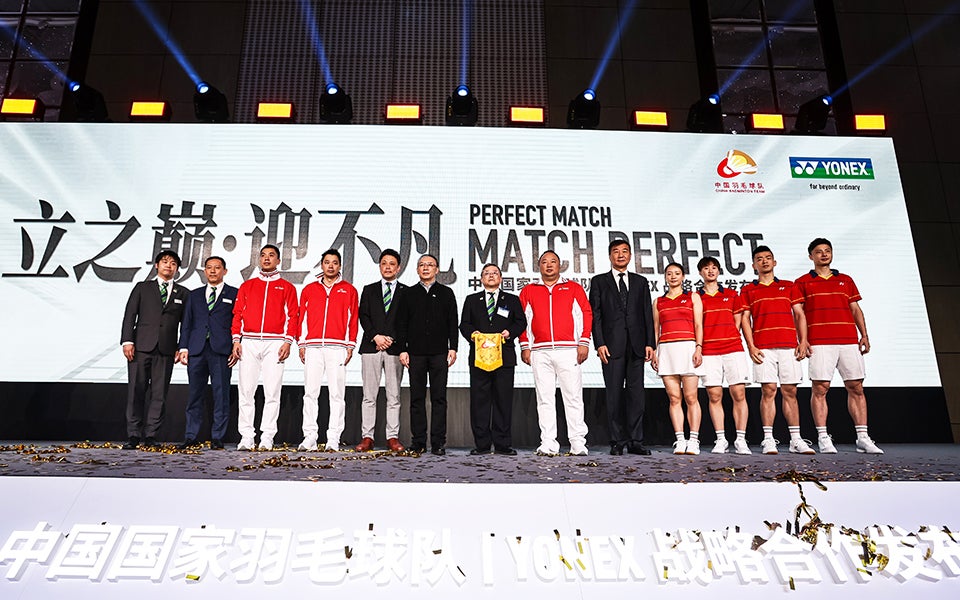 “We were able to sign this partnership because Yonex understood what we were thinking, what we wanted to accomplish in the future, and our desire to promote and develop badminton” says CBA Director, Zhang Jun.

As a company that strives to advance the sport of badminton through craft and innovation, Yonex values the inspiration from elite athletes as an essential ingredient to progress. The partnership with CBA is anticipated to provide new insights and challenges for the research and development teams at Yonex.

“It is an honor to start this partnership with the CBA, especially during the 75th anniversary of our company. We, as Yonex, are committed to providing the best products and services to help the national team achieve greatness on the world stage” states Yonex president, Kusaki Hayashida.

A key component to the partnership is the service and support that Yonex will provide to assist the Chinese national team players perform at their highest level. Such support includes analysis and guidance of performance equipment, as well as the highest quality stringing service from the Yonex Stringing Team.

The CBA has seen global success for over half a century, as they continue to cultivate world class champions generation after generation. The relationship between Yonex and the CBA extends back to the 1980s with a partnership that supported national team athletes for nearly 30 consecutive years.