The weekend saw YONEX players make it through to the finals at a number of tournaments. 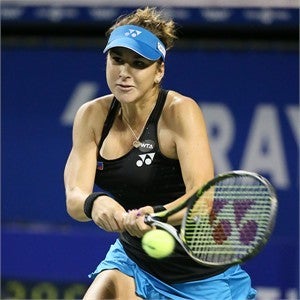 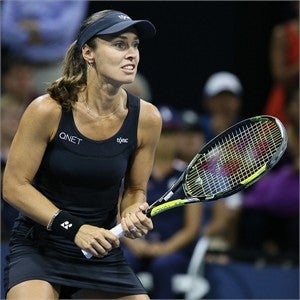 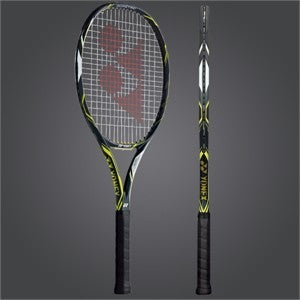 Belinda Bencic (EZONE DR 100, POLYTOUR HS 125) made it to the Toray Pan Pacific Open final for the first time, securing two wins over Top 10 opponents. The Swiss rising star faced Garbine Muguruza in the quarterfinal, overcoming the Spaniard after an extended opening set which ran into a tiebreaker. Belinda ran way with the match in the second set, grabbing two aces and saving all four of the break points she faced. Putting up strong resistance against Muguruza’s robust strokes with a keen return game, Belinda closed the match at 7-6(1), 6-1.

The Swiss would go on to face Caroline Wozniacki in the semifinal, booking her fourth consecutive win over the Dane. With strong focus and steady aggression, the No. 8 seed broke her opponent in the first game, rushing to a 6-2, 4-2 lead. While Wozniacki managed to snatch two more games, Belinda served the match out at 6-2, 6-4. She placed as the Toray PPO finalist after facing Agnieszka Radwanska on the tournament’s last day.

Belinda made her way to the Toray PPO final using the new EZONE DR, and has secured this year’s Rogers Cup title using the racquet. The EZONE DR is the first tennis racquet with NANOMETRIC DR inside of the frame, granting the racquet increased flex and improved ball hold, ultimately giving players a boost in repulsion. Additionally, the racquet has an even larger sweet spot thanks to special grommet holes, resulting in a racquet offers consistent and devastating power on the court.

Martina Hingis (EZONE Ai 100, POLYTOUR PRO 125, SHT-PROL) and Sania Mirza were crowned as doubles champions at the Guangzhou Women's Open, not dropping a single set on the way to their sixth title together. The duo toppled Julia Glushko and Rebecca Peterson in the semifinal, winning and saving five break points, recording a 6-3, 6-4 win. They would proceed to meet Xu Shilin and You Xiaodi—an unseeded pair and had pulled off two upsets over the third and second seeds—in the final, triumphing at 6-3, 6-1. The duo pulled off the win in two minutes short of an hour, with four aces and five break points.

Pierre-Hugues Herbert (VCORE Tour G) and Nicolas Mahut placed as men’s doubles finalists at the Moselle Open, winning over Eric Butorac and Scott Lipsky in the semifinal at 6-4, 4-6, 10-3.

*NANOMETRIC is the new material which applies the NANOALLOYTM Technology of Toray Industries, Inc.