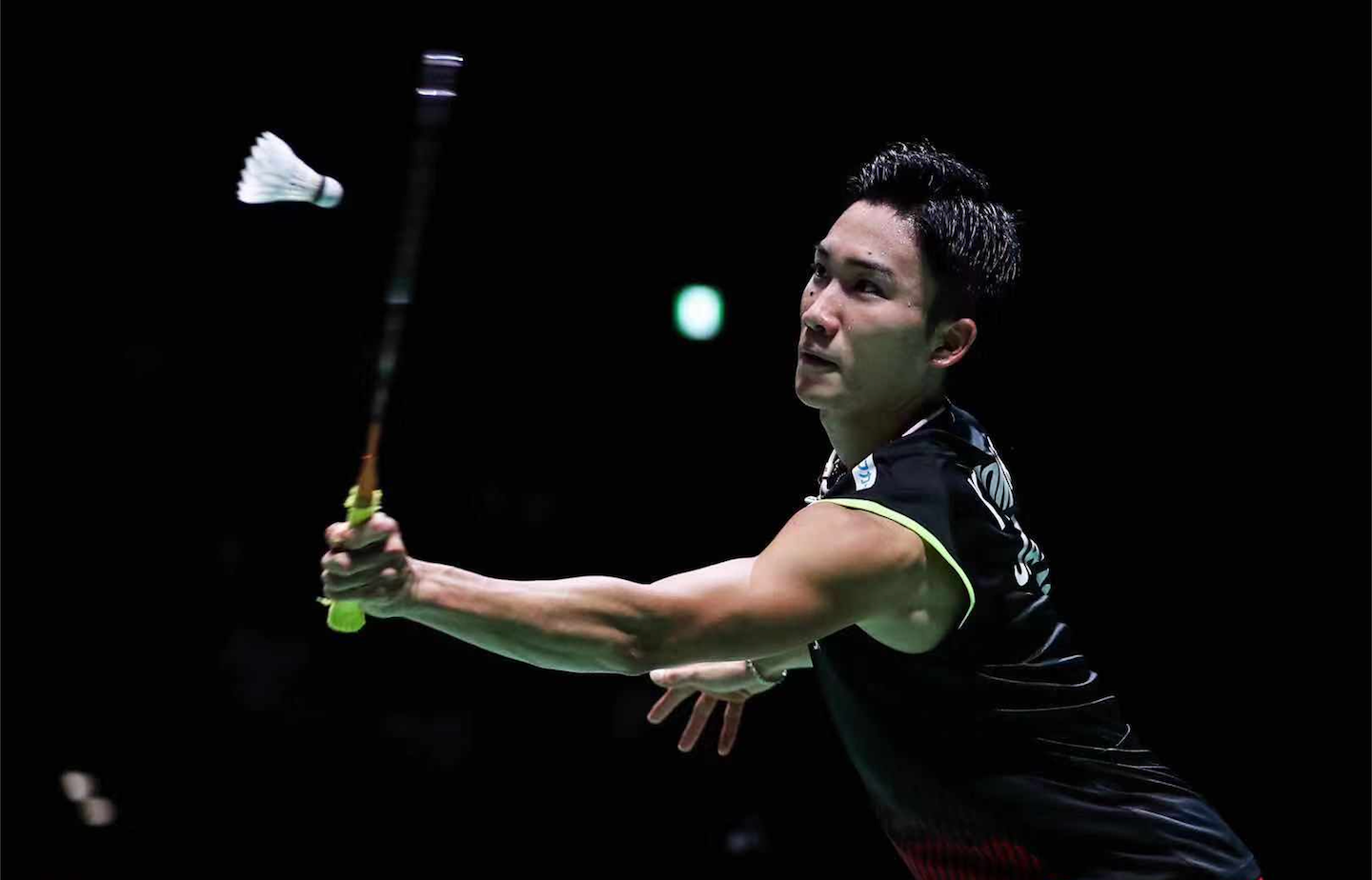 Tokyo – Kento Momota (JPN) continued his quest to repeat his historic triumph at last year’s Daihatsu Yonex Japan Open, with a convincing victory over Sai Praneeth B (IND). While the Indian shuttler may have managed to outperform expectations, being unseeded entering the tournament and mostly keeping pace with the World No. 1 and reigning World Champion in the semi-finals, the outcome was never much in doubt, as Momota led throughout the 45-minute match and sealed his spot in the finals with a 21-18, 21-12 win. He will face XXXXX for the trophy tomorrow.

Akane Yamaguchi (JPN) secured her spot in the finals, continuing a run of incredible play since her victory at the Indonesian Open last week. She avenged her Sudirman Cup loss to rival Chen Yu Fei (CHN), winning handily in straight games, 21-15, 21-15. She will face a familiar matchup in Nozomi Okuhara in the finals tomorrow. The two have met 18 times, with Yamaguchi just holding the edge, 11-7.

Marcus F. Gideon and Kevin S. Sukamuljo (INA) got off to a slower start than usual, as they seemed to be outpaced by their Chinese opponents, Li Jun Hui and Liu Yen Chen. They dropped the first game before rallying quickly in the second to go on to win 16-21, 21-11, 21-18. They’ve set up a rematch of last week’s Indonesian Open with fellow Indonesian pair Mohammad Ahsan and Hendra Setiawan.

In women’s doubles, Mayu Matsumoto and Wakana Nagahara (JPN), who just recently ceded their World No. 1 ranking, continue to fight hard for the points to put themselves back on top. They faced off against compatriots Misaki Matsutomo and Ayaka Takahashi. The energy of the younger pair of Matsumoto and Nagahara seemed too much for the team veterans, the expected long rallys were not so much to be found, and they moved to a relatively quick 21-16, 21-19 win in 49 minutes, bringing their record against the Rio Olympic gold medalists even at 4-4.

The Korean pair of Kim So Yeong and Kong Hee Yong, who have continued to turn heads at this tournament with wins over 2nd and 6th-seeded opponents rolled onto their spot in the finals, handing China’s Li Wen Mei and Zheng Yu a 21-16, 21-11 defeat. The matchup with Matsumoto and Nagahara in the finals is becoming something of a rivalry, with each side holding two wins in their last four meetings, most memorably when the Koreans upset the Japanese at the 2019 All England Open.