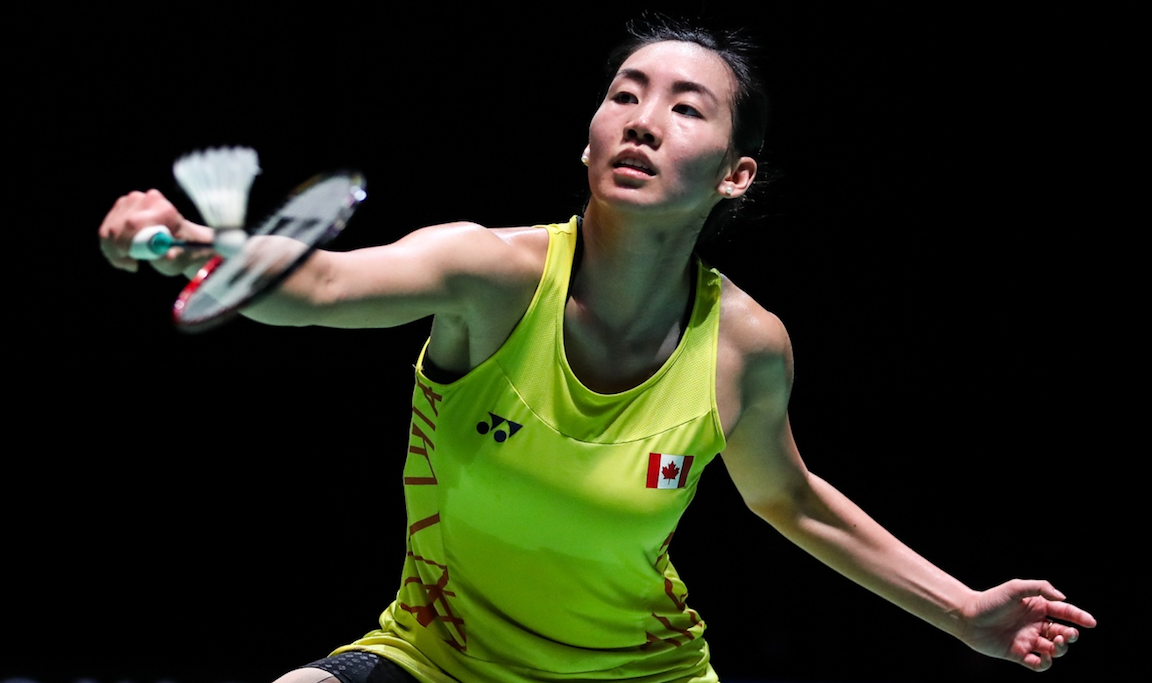 Tokyo – In the biggest upset of the tournament thus far, Michelle Li (CAN) eliminated the normally unflappable World No. 1, Tai Tzu Ying (TPE) to earn her spot in tomorrow’s semi-finals. Li, currently ranked 14th in the world, had beat Tai only once in their previous 7 meetings, 5 years ago at the 2014 Yonex All England. Today’s match was a nail biter, as Li took the first game 21-15, only for Tai to return the favor point for point in the second. The lead swung back and forth between both women in the third game, netiher ceding much ground, until finally Li could celebrate the biggest win of her career, and first ever major semi-final appearance, 21-15, 15-21, 22-20 after exactly one hour.

In men’s singles, Kento Momota (JPN) needed three games to outlast Anthony Ginting (INA). While Momota sailed through the first game, Ginting was able to match the World Champion’s pace in the second, fighting to a 22-20 win. The third game was fairly close as well, but Momota eventually re-established his footwork and shot placement to move on 21-13, 20-22, 21-15.

Sai Praneeth B. (IND) also booked his spot into the semis with an upset win over Indonesia’s Tommy Sugiarto in straight games, 21-12, 21-15. He will now face off with Momota in the semi-finals. Jan O. Jorgensen (DEN) also continued his outstanding run, knocking off countryman Rasmus Gemke, 11-21, 21-14, 21-13, after ousting Lin Dan and Chou Tien Chen in previous rounds.

In men’s doubles, Kevin S. Sukamuljo and Marcus F. Gideon (INA) were stretched to three games by a tenacious duo in Aaron Chia and Wooi Yik Soh (MAS), but navigated their way through with their brand of high-speed rallies and smashes, 21-14, 22-24, 21-15. Finally, Takeshi Kamura and Keigo Sonoda (JPN) booked their spot next round with a win over India’s Satwiksairai Rankireddy and Chirag Shetty, 21-19, 21-18, setting up the potential of an explosive finals meeting with Sukamuljo and Gideon.