On May 20th, the men’s and women’s national teams competition, TOTAL BWF Thomas & Uber Cup 2018, officially gets under way in Bangkok, Thailand. Participating countries were determined based on the results of the qualifiers held in each region. BWF also announced additional participating countries with consideration to world ranking points. 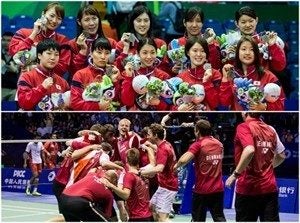 While both the men’s and women’s contests are expected to be hotly contested, all eyes on the men’s side will be fixed on Denmark, who won its first title at the last tournament. Among the women, China has been dominant, winning the past 3 championships, but Japan swept the Asian Group Championship and hopes to secure their first title since 1981.