Yonex is proud to announce the DUORA Z-STRIKE, set for worldwide release in early February. 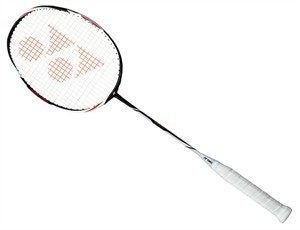 The DUORA series stands at the forefront of Yonex badminton innovation, developed specifically to match the diversified demands of today’s game, providing enhanced performance on both forehand and backhand shots. The latest in this line of innovation, the DUORA Z-STRIKE is an advanced model which boosts performance on smashes and drives, giving players the tools to seize a tactical advantage on the court.

The racquet has been specially designed to provide pinpoint power on forehand smashes with increased hold and repulsion, as well as instant repulsion on drives. Also featuring an enlarged sweet spot, the racquet allows for even more consistent shots with solid control. Charge, Control & Conquer with the DUORA Z-STRIKE.

The new DUORA Grommet design features 8 linked grommets made with differing thicknesses on either side of the frame. When hit on the box side, thicker and harder grommets on the aero side result in a stiffer string bed, ultimately increasing launch power on the shuttlecock.

This works together with the DUAL OPTIMUM SYSTEM, Yonex’s revolutionary frame design which features alternating box and aero-shaped structures on either side of the racquet. Incorporating the carbon graphite material NANOMETRIC DR, DUORA racquets are afforded firm shuttle hold and high repulsion.

Hyper-MG is the most elastic graphite material utilized by Yonex. It is equipped into the bottom half of the DUORA Z-STRIKE frame allowing for instant repulsion on drives.


Made for Accuracy and Control

The DUORA Z-STRIKE grommets are designed with Horizontal-A Concept, allowing the strings to run horizontally, creating greater flex in the string bed for an enlarged sweet spot at the top of the frame. Furthermore, with stiff T-Anchor graphite in the joint, the racquet twists less allowing for increased accuracy.

2017 marks the 25th anniversary of Yonex ISOMETRIC badminton racquets. The unique square-shaped ISOMETRIC frame design increases the intersections of main and cross strings, expanding the sweet spot to power up your game.