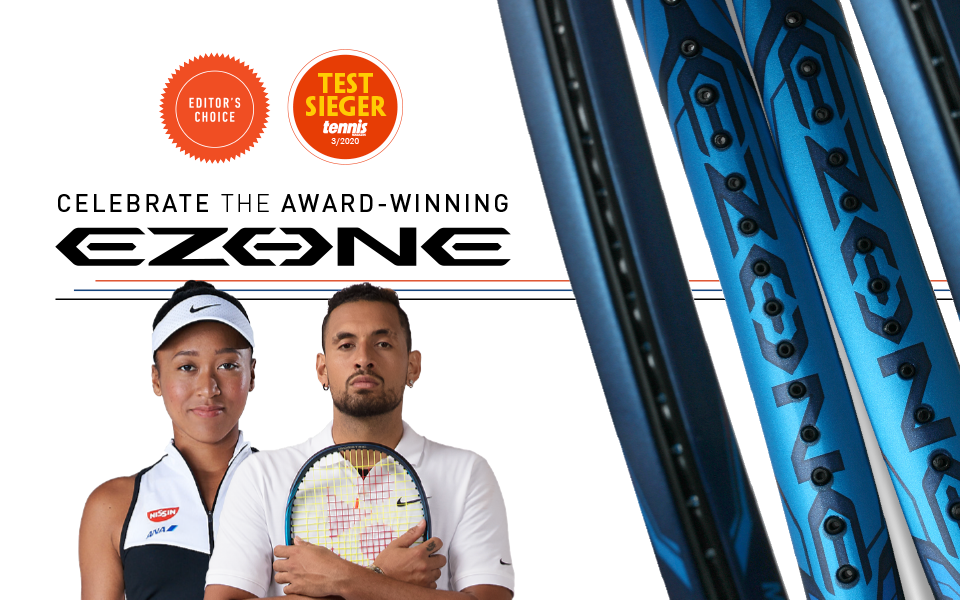 TOKYO, Japan — The EZONE received worldwide recognition for its playability just months after launching in January 2020.

The EZONE 98 is the 2020 Editor’s Choice for having the “Most Universal Appeal.” Play testers reviewed 23 racquets across eight brands for Tennis Magazine, the longest-standing and most-influential publication in tennis.

“Ground strokes were so routine, it almost felt like cheating,” said one of the testers.

In Germany, Tennis MAGAZIN named the EZONE 100 “Test Sieger (Winner),” an award given to the top-3 racquets in the market. Testers commented that the racquet was the complete package after scoring a near-perfect – 9/10 – on all four categories measured: control, power, feel, and appearance.

The award-winning EZONE series achieves the desirable combination of power and flex with a plush feel and was developed for players of all levels.