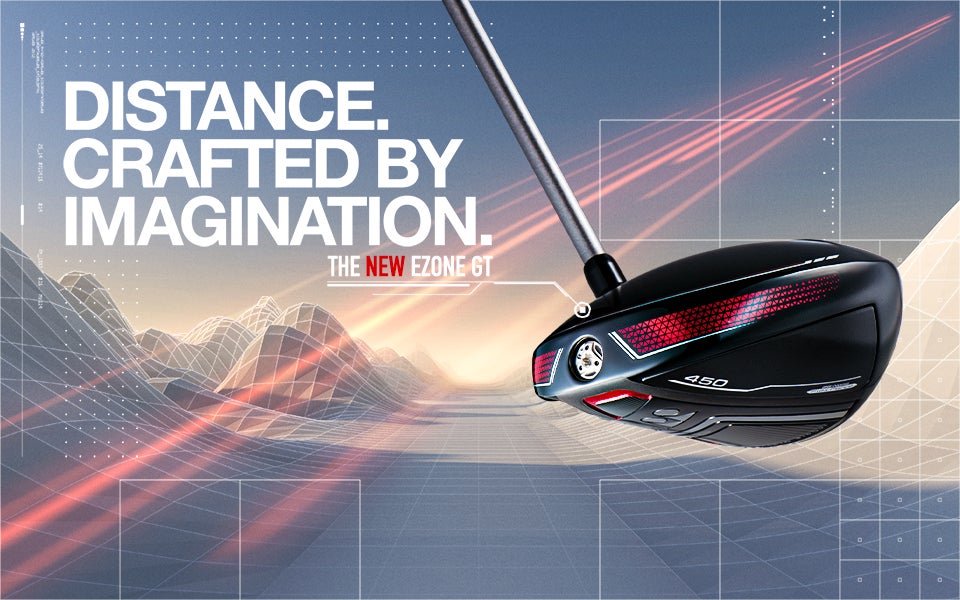 Yonex is proud to announce the new and improved 3rd Generation EZONE GT Series, including drivers, fairway woods, hybrids and irons to be released out of Japan for a global launch, mid-March 2022. The latest EZONE GT series is redesigned by the craftspeople at the Yonex Niigata Manufacturing Headquarters with the core concept “Overwhelming +10 yard distance increase with greater accuracy”.

To attain even greater distance, in the new EZONE GT series drivers, InCore Groove technology introduces grooves on the underside of the crown, the back of the face and in the sole of the club head. Combined with the new 2G-Namd Flex Force crown, to assist the club head compressing and rebounding on impact. Additionally, the new Side Wall head structure creates improved stability on off-center hits. By pairing the Side Wall with the CNC Vertically Milled Face, side spin is reduced, delivering straighter more accurate drives.

The shafts throughout the series combine 2G-Namd* Flex Force graphite near the kick point, which allows for maximum flex and rapid snapback energy transfer, with the new graphite M40X* which combines strength with elasticity. By taking advantage of the properties of both materials, the ball is subjected to high repulsion at impact for maximized distance. 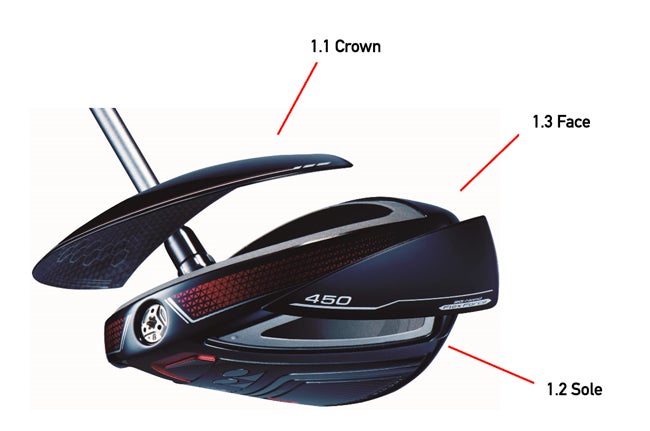 1. InCore Groove technology placed in three areas of the club head enhances its ability to compress and rebound for longer drives.

1.1 Crown InCore Groove Technology
Grooves are placed on the underside side of the graphite crown combined with 2G-Namd Flex Force This makes it easier for the crown to compress perpendicular to the ball’s flight path and improves the straightness of your drives compared to conventional products.

1.2 Sole InCore Groove Technology
By placing two grooves in the sole, right up against the back of the face, the repulsion property on the lower part of the face is increased, while reducing the weight immediately behind the face, moving the center of gravity back in the club head and expanding the sweet spot, for easier drives across the entire face.

1.3 Face InCore Groove Technology
Two vertical grooves are positioned on the back of the face, making the face more flexible and forgiving with off-center shots.

2. The new Side Wall head structure creates a wall at the back of the head, optimizing weight distribution and stability for straighter more accurate drives.

1. Like the driver, InCore Groove technology placed in the crown, backside of the face and the sole enhances the club head’s ability to compress and rebound for increased distance. 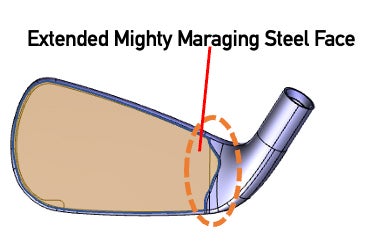 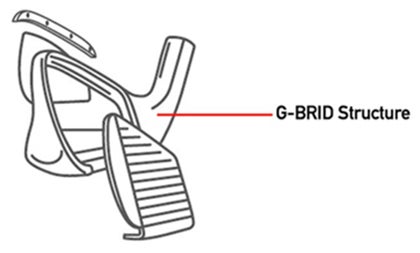 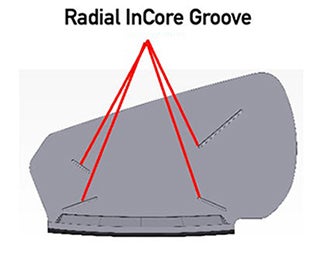 Equipped with new dimension graphite 2G-Namd Flex Force, characterized by high strength and lightness that excels in snapback, and new graphite M40X, which combines strength and elasticity. The two carbon fibers combine to convert and maintain the impact energy of the ball into high repulsion, maximizing distance.