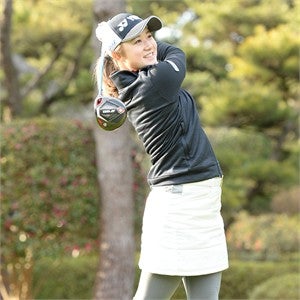 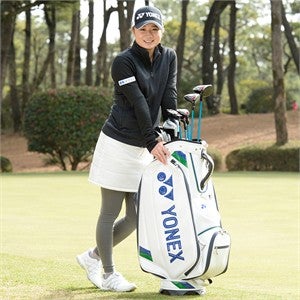 Her parents, both former professional table tennis players from China, eventually settled in Japan where, inspired by accompanying her father to practice, she picked up golf from the age of 9 and collected numerous junior titles. In 2013, Morita won the LPGA of Japan Tour Amateur Championship, and after turning pro in 2015, joined the Symetra Tour in America – the official development tour for the LPGA – where she won her first championship at the Symetra Classic in North Carolina. Last year, Morita won her first professional championship at the Hokkaido Meiji Cup, and she currently sits at 13th on the money list. Having been named “GTPA Rookie of the Year” by the Golf Tournament Promotion Association of Japan, she represents the next generation of women’s professional golfers.

“I chose Yonex because they have their own factory here in Japan, I have faith in the high-quality products they make, and they provide a tremendous support system in which they respond to my requests quickly and accurately,” Morita says. “With Yonex’s clubs and shafts, I will continue to work hard to be active and successful worldwide, so please keep rooting for me. I appreciate everyone’s continued support.”

Morita will take on the tour this season carrying the EZONE GT Series and Yonex’s made-in-Japan ultralight, REXIS KAIZA graphite shafts. Yonex will continue to forge ahead in developing golf clubs and shafts to meet the demands of today’s top professionals.

【Experience】Golfing since the age of 9

Planned Equipment In the Bag