Korean Hyeon Chung (VCORE Duel G 97) is back into the Top 100 after grabbing the Sportsmaster Tennis Championship of Maui ATP Challenger title on Sunday, January 29th. 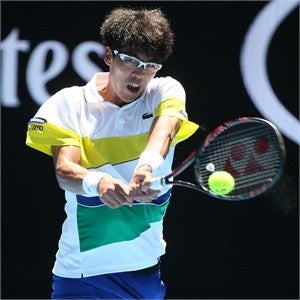 He faced Japan’s Taro Daniel in the final, defeating him in straight sets, 7-6(3), 6-1. With his VCORE Duel G in hand, Hyeon dominated the court with fast and heavy spin, winning the title without dropping a set. With this win, Hyeon is up to No. 73 in the world rankings, and is the first #NextGenATP player to win a title in 2017.

The 20-year-old now has an impressive eight challenger titles to his name, and has won at least one challenger title per year over the past four years. He is also in the running to qualify for the first Next Gen ATP Finals in Milan.