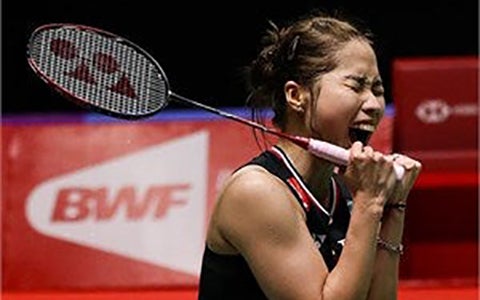 Ratchanok and Marin fought head to head in a close game with Ratchanok claiming a well-deserved victory 21-19, 11-21, 21-18. Marin fought gallantly to capture the title at the same tournament that she was injured in last year. Ultimately, she was unable to claim the title, however, she has made a strong comeback and we look forward to watching her perform in the future.

In men’s doubles, Marcus F. Gideon and Kevin S. Sukamuljo brought home victory in a quick 32-minute match 21-15, 21-16. Mohammad Ahsan and Hendra Setiawan started off strong but were quickly overtaken by Gideon and Kevin in an overwhelming win.