Jakarta — The final round of the BIBLI Indonesia Open 2018 proved to be virtually an all-ASTROX 88 affair, and saw the men’s doubles pair of Marcus F. Gideon and Kevin S. Sukamuljo return to their All England form, claiming gold in front of an exultant home crowd. Kento Momota of Japan also continued to write his incredible comeback story, upsetting top-seeded Dane, Viktor Axelsen. 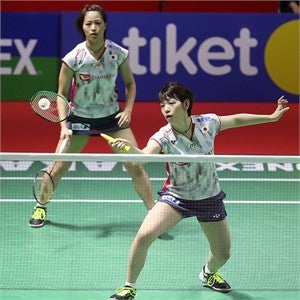 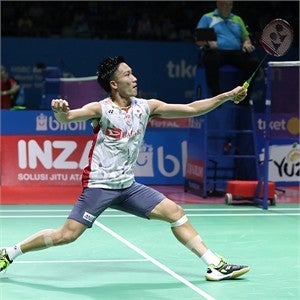 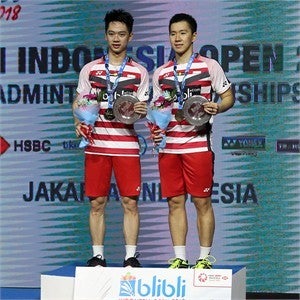 Gideon and Sukamuljo faced the fellow ASTROX 88-wiedling pair of Takuto Inoue and Yuki Kaneko of Japan. But the Indonesians were quick to show their country and the world why they’re number one in the world, putting away Inoue and Kaneko in just 31 minutes, 21-13, 21-16. “We are so happy. This victory is for the people of Indonesia,” they told BWF.

Men’s singles was also an ASTROX 88 showdown, as unseeded Momota took on the number one seed and World No. 1, Axelsen. However, this one was also to be decided quickly. It took just 38 minutes for Momota to surgically dismantle his opponent, 21-14, 21-9, and claim his second Indonesian Open title. “I think Kento is No.1 right now, with what he has shown over the last few months, coming back and beating everyone,” Axelsen confided to BWF.

In women’s doubles, Japanese pair Yuki Fukushima and Sayaka Hirota(also both using ASTROX 88) faced off against their teammates Mayu Matsumoto and Wakana Nagahara. The match went back and forth for just shy of an hour, as the closely matched pairs traded momentum. But in the end it was the up-and-coming Fukuhsima and Hirota who were able to hoist their second trophy this season, winning 21-14, 16-21, 21-14.