Yonex are pleased to announce the signing of Korean badminton superstar, Yoo Yeon Seong in a head to toe contract. 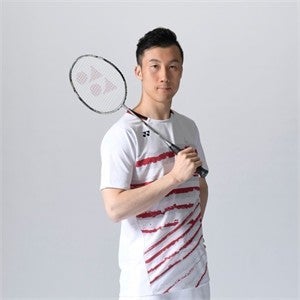 Yoo, who won the 2014 Yonex Open Japan, and won his first Super Series Final in the same year, joins countryman Lee Yong Dae, who signed in February this year. The Korean former World #1 has had an illustrious career including a Silver medal at both the World Championships and Asian Games. Yonex are very honored that such a large number of the world’s top ranked players are choosing to use our products and we will do our utmost to support them with the best products to gain many more victories and titles.

“I am delighted to have signed a contract with Yonex that I have longed for since my childhood. I am familiar with Yonex's high performance and quality. I have a Yonex racquet which I used eight years ago, and I think its performance is superior even compared to the latest racquets from other companies. Yonex’s attitude to always challenge new things and the abundant product lineup that fits the various types of players is very attractive. I have won many international competitions, but I will do my best to win more in the future. I strongly admire the badminton development initiative the "Legends’ Vision", and I would like to add my support and spread badminton and give dreams to junior players around the world. As a member of Yonex, I will do my best for the fans and to play better than ever. Thank you for your encouragement.”