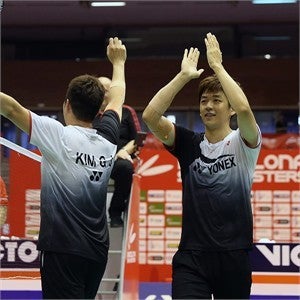 Lee and Kim, using ASTROX 88 S and ASTROX 88 D, respectively, won their every match, including the final, in straight games. Upon their victory, the crowd erupted with applause, officially welcoming Lee back from retirement.