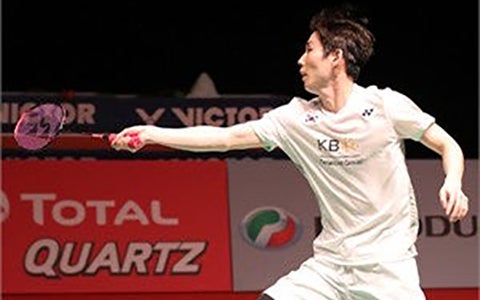 KUALA LUMPUR, Malaysia — It was an outstanding showing for #TeamYonex at this year’s Malaysia Masters, as they performed a clean sweep of all five categories, taking home gold in each, as well as three silvers.

In women’s singles, Ratchanok Intanon (THA) defended her win at last year’s Malaysian Masters against world champion Carolina Marin (ESP). After Intanon breezed through the first set, Marin fought her way back in the second and very nearly forced a third game, but the Thai superstar was in top form and wouldn’t be denied, winning 21-9, 22-20.

Meanwhile, Yuki Fukushima and Sayaka Hirota (JPN), who also enjoyed an outstanding 2018 season and sit atop the women’s doubles world rankings, proved too much to handle for Indonesia’s Greysia Polii and Apriyani Rahayu. Though they showed a rare moment of vulnerability and dropped the first game, the Japanese pair returned to form in the second and sealed the victory 18-21, 21-16, 21-16.

Japan had another victory in mixed doubles from Yuta Watanabe and Arisa Higashino. They came from behind in two straight games to beat Thailand’s Dechapol Puavaranukroh and Sapsiree Taerattanachai, 21-18, 21-18.