The French team of Pierre-Hugues Herbert (VCORE Duel G 97, POLYTOUR FIRE 125) and Nicolas Mahut are on a roll, securing their third consecutive ATP Masters title at the Monte-Carlo Rolex Masters. 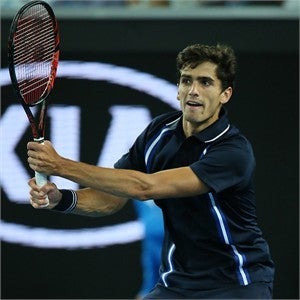 The French pair faced off against Australian Open champs Jamie Murray and Bruno Soares in a see-saw match. After dropping the opening set by a small margin, Pierre and his partner came roaring back in the second. With strong serves and keen net play, the Frenchmen turned the tables on their English-Brazilian opponents. Pierre-Hugues set up the winning point in set 2, firing off a ball too potent for receiving Soares to handle, sending it long. After another brilliant performance in the tiebreaker, the match ended in favor of the French, 4-6, 6-0, 10-6.

This marks the first time a French team has won the tournament since 1986, and the duo are the first to win the first three Masters tournaments of the season since the Bryan brothers in 2014.

Ricardas Berankis (VCORE Duel G 97, POLYTOUR SPIN, POWER CUSHION ECLIPSION) has another Challenger title under his belt and his first for 2016 after coming out victorious at the Gwangju Open Challenger. Top seed at the event, Ricardas didn’t drop a single set. He faced off against Grega Zemlja for the title, scoring four break points en route to a 6-3, 6-2 win. This is the Lithuanian’s sixth ATP Challenger Title.

Both Pierre-Hugues and Ricardas brought about their remarkable wins armed with the VCORE Duel G. The racquet boasts outstanding speed, power and spin. Get an inside look into how the new racquet works in this video.

Photos taken at the 2016 Australian Open.