Australian firecracker Nick Kyrgios (EZONE DR 98, POLYTOUR PRO 120) put on another explosive performance on the courts of the Ariake Coliseum to make it into the quarterfinals at the Rakuten Japan Open. 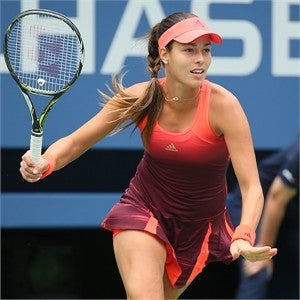 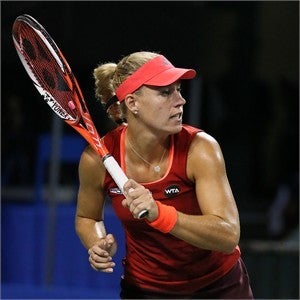 The 20-year-old confidently took on Spain’s Bautista Agut in a swift and overwhelming encounter. Despite the Spaniard standing 15 spots above the Australian in the world rankings, that didn’t stop Nick from grabbing a stylish break early in set 2 from between his legs. He would break his opponent a total of three times throughout the match, and refused the Spaniard any opportunities to do the same. The Australian Open quarterfinalist was strong on serve, landing eight aces en route to a 6-4, 6-2 victory in 56 minutes. Nick goes on to face French Benoit Paire in the quarterfinals.

Nick is into the Japan Open quarterfinals using the new EZONE DR. The official website for the racquet went online last week, and a new promo video for the racquet has just gone live today. The new video features Belinda Bencic exhibiting the new racquet’s potent and dynamic power.

Check out the new video below.


Team YONEX at the China Open

Meanwhile at the China Open, the female ranks of Team YONEX have made it deep into both singles and doubles draws. Both Ana Ivanovic (EZONE DR 98) and Angelique Kerber (VCORE Si 100) have advanced to the women’s singles quarterfinals, while Martina Hingis (EZONE Ai 100, POLYTOUR PRO 125, SHT-PROL) and Sania Mirza made into their eighth straight semifinal, starting from the  Aegon International Eastbourne in June.

Ana prevailed in a tight opening set after winning three straight games, but opponent Svetlana Kuznetsova would level the playing field in set 2. Ana came back strong in the final set, closing the match out at 7-5, 4-6, 6-2. The Serb saved an astonishing 14 break points across the match’s 2 hours and 20 minutes. Angie toppled Dane Caroline Wozniacki, the German reeling off five games right from the opening set to eventually come to a 6-2, 6-3 victory. In doubles, Martina and Sania got the edge over Julia Goerges and Karolina Pliskova at 7-6(5), 6-4.

*Photos of Ana and Angelique taken at the 2015 Toray Pan Pacific Open.