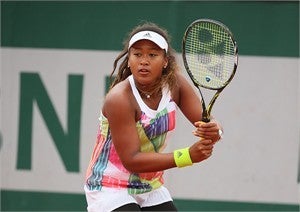 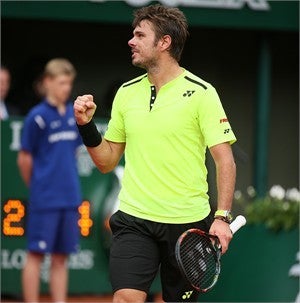 Stan Wawrinka (VCORE Duel G 97, POWER CUSHION ECLIPSION) headed into the first round of his Roland Garros title defense against Czech Lukas Rosol. The two met last at the Banque Eric Sturdza Geneva semifinal, where Stan would go on to win the title. The World No. 59 has a reputation as a giant killer, but Stan the Man was in no mood to be toppled. Down 1 set in the fourth, The Swiss World No. 4 started to enact a stunning comeback. Stan unleashed the power of his ferocious backhand and VCORE Duel G racquet to break for 5-3, proceeding to take the fourth set. The Stanimal would advance into the second round after a sublime backhand volley winner in the fifth set, the final score coming to 4-6, 6-1, 3-6, 6-3, 6-4.

Naomi Osaka (EZONE DR 98, POLYTOUR PRO 125) is into the second round of her Roland Garros debut securing a win over higher-ranked contemporary and No. 32 seed Jelena Ostapenko of Latvia. The 18-year-old Naomi overtook her opponent in straight sets, saving 7 break points while scoring 5 of her own. Other impressive numbers include 31 winners against her opponent’s 23 and 6 aces to her opponent’s 2. The match ended at 6-4, 7-5.

American CoCo Vandeweghe (EZONE DR 98) beat out English Naomi Broady for a spot in the second round. CoCo made it back from tough deficits to overtake Broady at 6-4, 3-6, 6-3.