Paris, 6/9/18 — At Roland-Garros 2018 the French Men’s Doubles pair of Pierre-Hugues Herbert and Nicolas Mahut delighted their hometown crowd as they bested the second-seeded Oliver Marach (AUT) and Mate Pavic (HRV) in straight sets, 6-2, 7-6(4) to win their first Roland-Garros title and their third Grand Slam doubles championship. 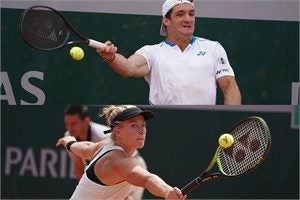 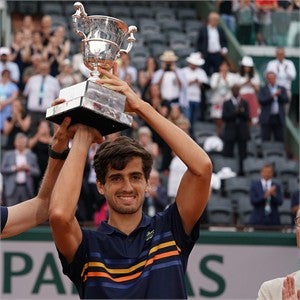 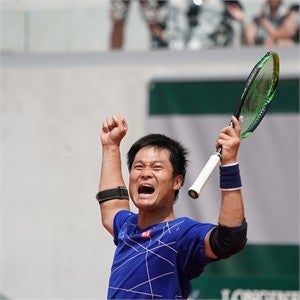 Herbert’s performance was executed with his new VCORE PRO racquet in hand. “I changed to it at the beginning of the year. I loved it directly,” he said of the change. “It gives me a little more control, a little more power … (to play) with spin and control.” And sure enough, Herbert picked apart his opponents with effective kick serves and heavy spin in his return game. “I’m really happy with my level of play and looking forward to the grass season.”

In a Yonex showdown in Men’s Wheelchair Singles, Shingo Kunieda (JPN) defeated his doubles partner, Gustavo Fernandez (ARG) 7-6(5), 6-0 for his seventh Roland-Garros singles title — his first since 2015. Since switching to a Yonex racquet earlier this year, Kunieda has won two Grand Slam events, including the Australian Open earlier this year, adding to his career total of 43. With the win, Kunieda will return to the World No. 1 spot for the first time in almost two years. “The first set was tough, I really fought to save set point but after I won the tie break, I felt like I had the momentum. Ever since changing to the EZONE, I feel like I can hit aces, even when I’m in a tough situation.”