Stan the Man has claimed his spot in the 2017 Roland Garros final, defeating World No.1 Andy Murray 6-7, 6-3, 5-7, 7-6, 6-1. Crushing the ball with his VCORE Duel G, Stan hit forehand winners at 100mph, with amazing topspins averaging 86mph from his forehand and 79mph from his backhand. 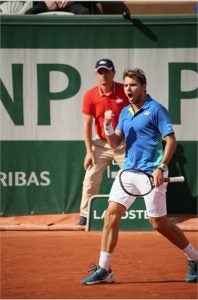 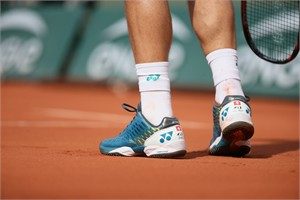 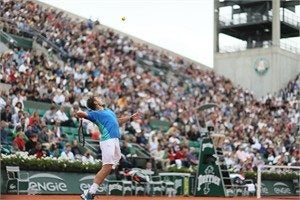 On the court, Stan’s apparel has also gotten some attention, with color-blocked blue tones on his cleanly styled Yonex polo shirt. Additionally, Roland-Garros’ vote for best footwear goes to Stan’s Power Cushion Eclipsion. The heel cups of his special Roland-Garros 2017 Eclipsion shoes are adorned with an Eiffel Tower, a Statue of Liberty, and a Kangaroo – subtle stylistic nods to his Grand Slam triumphs to date.

Cheer Stan on this Sunday as he faces Rafael Nadal in the final, for his 4th major final appearance.