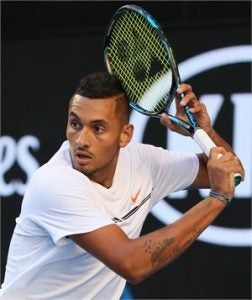 The two young players engaged in an intense face-off that ran for over 150 minutes; the Australian once again pleasing the crowd with his racquet skills. Nick amazed his fans with slick tweeners via his powerful and precise EZONE DR.

Nick is set to compete against Roger Federer in the semifinals.