The Wimbledon Championships (UK / London / July 3rd – 16th) entered its second week and the second half of the tournament. The latest member of Team Yonex, Belarusian, Victoria Azarenka, has won with outstanding momentum at her first Grand Slam since returning. Speaking of her racquet, "The sweet spot is wide, the balance between power and control is very good," she said. Azarenka defeated the world No. 16 in straight sets, demonstrating to all the power of a former world No. 1. Today she is scheduled to play against the world No. 2, Simona Halep in what is sure to be a remarkable battle. 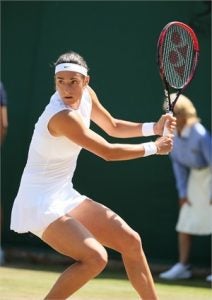 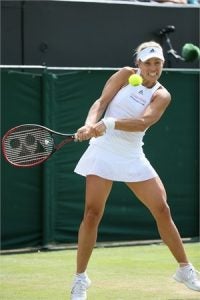 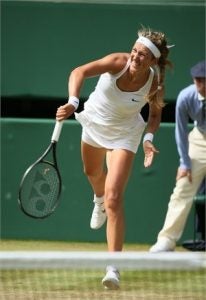 The current world No.1 Angelique Kerber who reached the semi-finals last year, also produced a solid win, and Caroline Garcia who joined Team Yonex in January this year, advanced to the last 16 without dropping a set. The famous bird pose, #flywithcaro could be seen amongst Wimbledon fans across the entire court.

In addition, American, CoCo Vandeweghe and Slovakian, Magdalena Rybarikova who specialize in grass courts advanced into the last 16.

Among them, who will be crowned queen? We can’t wait to find out!