Anastasija Sevastova (EZONE 100 / POLYTOUR PRO 125), who seems to save her best tennis for the year’s last slam, cruised in her second round match with a 6-3, 6-1 victory over American Claire Liu. The Latvian has reached the quarterfinals of the past two U.S. Open’s, which is her best appearance in any Grand Slam. 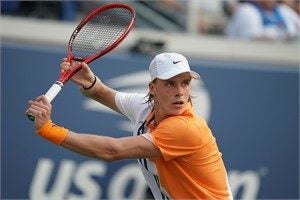 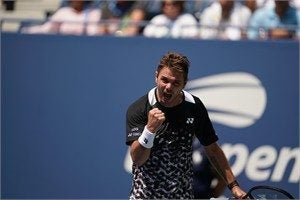 For the first time this year, Stan Wawrinka (VCORE PRO 97 / ECLIPSION2 / New York Collection) won his second straight match at a Grand Slam. Wawrinka, who is coming off two knee surgeries in 2017, will face Canadian Milos Raonic in for a spot in the round of 16.

"My level is there. I'm playing really good tennis,” said Wawrinka. "I think there is a good chance that I'm playing better the next round."

Denis Shapovalov (VCORE 95 / POLYTOUR STRIKE 125) finished off Day 3 action under the lights against Andreas Seppi, who is more than 15 years older than the 19-year-old Canadian. After winning the first set, Shapovalov dropped the next two sets, meaning he would need to win his first-career five set match to advance.

Shapovalov fell to his knees in relief after Seppi’s backhand return sailed long on match point at 5-4 in the fifth. He will face last year’s U.S. Open finalist Kevin Anderson next in hopes of returning to the fourth round for the second straight year.

USTA Billie Jean King National Tennis Center's Court 17 hosted a number of Team Yonex players on Day 4. Naomi Osaka (EZONE 98 / POLYTOUR PRO 125 / REXIS 130) needed only 50 minutes to defeat Julia Glushko to reach her third-straight third round. The 20th-seed will face Aliaksandra Sasnovich, as she looks to advance to the round of 16 for the first time in her career.

Nick Kyrgios (EZONE 98 / POLYTOUR PRO 120) and Pierre-Hugues Herbert (VCORE PRO 97 / POLYTOUR STRIKE 125) took the court after Osaka’s victory. Herbert broke Kyrgios to win the first set, but the Australian was able to capture the next three sets to advance to a round three matchup with Roger Federer.

"I do believe I can beat him," said Kyrgios before Saturday’s blockbuster match. "I have done it before (at the 2015 Madrid Open).”

During the hottest part of the day, 19-year-old Markéta Vondroušová (EZONE 100 / POLYTOUR AIR 125) squared off against qualifier Eugenie Bouchard (VCORE 100) court 17. Vondroušová never trailed in the match and advanced to her first U.S. Open round of 32 with a 6-4, 6-3 victory.

Check out who’s moving on to Round 3 from #TeamYonex: