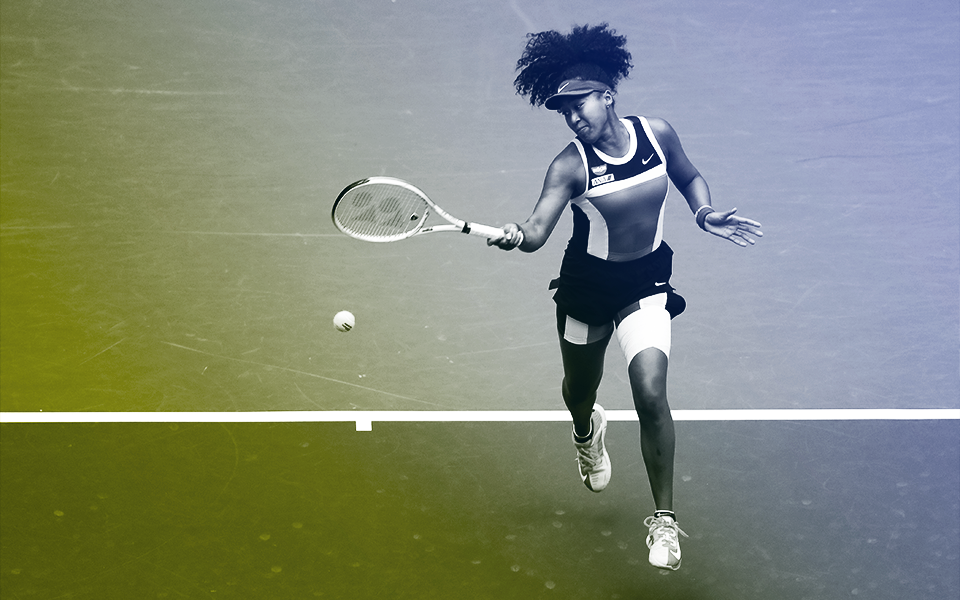 NEW YORK – When Naomi Osaka (JPN) reaches the quarterfinals of a major, she’s unbeatable. Take a look back to see how the 22-year-old won her third Grand Slam title in as many years.

Round 1 vs. Misaki Doi (JPN), 6-2, 7-5, 6-2
Naomi opened the fortnight with a three-set victory of countrywoman Misaki Doi. After rolling through the opening set, Naomi had to put the nerves aside to avoid an early exit after Doi pushed the match to a decider.

Round 2 vs. Camila Giorgi (ITA), 6-1, 6-2
After a tough first round, Naomi was quick to advance against an unpredictable Giorgi in just over an hour.

Round 3 vs. Marta Kostyuk (UKR), 6-3, 6-7, 6-2
Multiple momentum swings presented a tough test for Naomi against 18-year-old Marta Kostyuk. Serving down 1-2, 0-40 in the third set, Osaka dug deep in one of the most crucial games of the match to level the set and eventually take the next four games.

Round of 16 vs. [14] Anett Kontaveit (EST), 6-3, 6-4
Playing Kontaveit for the second time in as many weeks, Naomi was sure to not let this one go the distance. Serving her best match of the tournament, Naomi never faced a breakpoint and lost just 11 points on serve the entire match.

Quarterfinals vs. Shelby Rogers (USA), 6-3, 6-4
Naomi was 0-3 against the American entering the quarterfinals and mentioned she was out for revenge. With only eight unforced errors the entire match, Naomi proved she gets better as the tournament goes on, dispatching Rogers comfortably in straight sets.

Semifinals vs. [28] Jennifer Brady (USA), 7-6, 3-6, 6-3
Naomi was the first player all tournament to take a set off Brady after playing a pristine tiebreaker at 6-6. But Brady, arguably the hottest player in the tournament, rallied back to push the semifinals to a decider. On her first breakpoint opportunity of the entire match, Naomi forced Brady to send a shot long to go up 3-1 and consolidated her break to advance to the finals.

Finals vs. Victoria Azarenka (BLR), 1-6, 6-3, 6-3
Naomi became the first US Open Champion in the last 25 years to win the title after losing the first set in the finals. Finding her championship form midway through the second set, Naomi lifted her 3rd major trophy – winning her 2nd US Open – with a three-set victory over Victoria Azarenka.