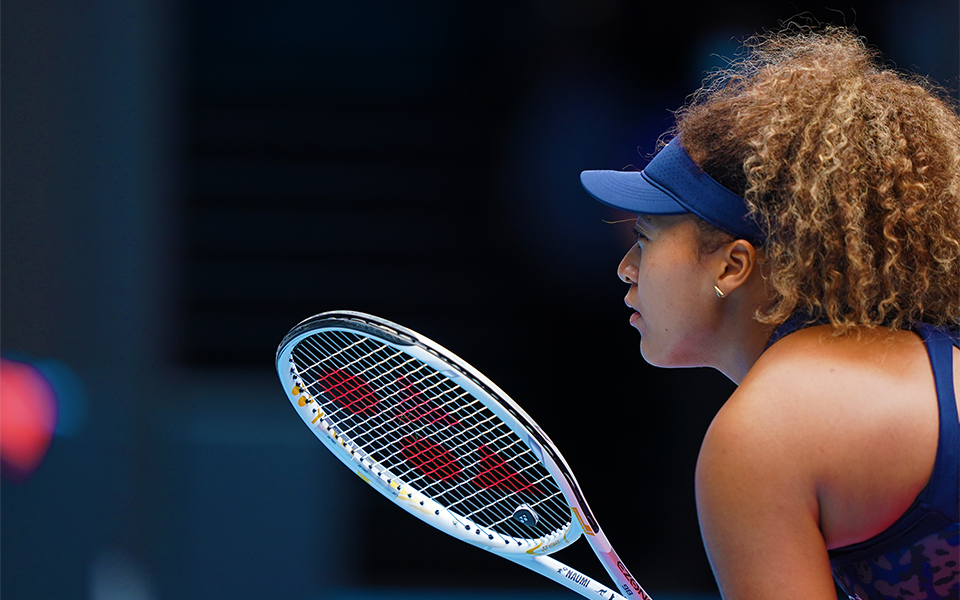 Osaka has won 4 of the past 6 hard court majors, which gives her the 3rd most Grand Slam titles of all active players behind Serena and Venus Williams.

Road to the Finals

R3 def. [27] Ons Jabeur, 6-3, 6-2
The first test of the tournament came against Jabeur. Naomi needed to save three break points in her first two service games that combined for 18 minutes. After getting past the early trouble, Naomi cruised.

R4 def. [14] Garbiñe Muguruza, 4-6, 6-4, 7-5
In arguably the most exciting match of the tournament, Naomi faced two match points down 3-5, 15-40 in the third set. Osaka erased the first with her 10th ace of the match, saved the next with a forced forehand error, and closed out the game with another ace. She won 12 of the final 16 points to escape.

Quarterfinals def. Su-Wei Hsieh, 6-2, 6-2
Once reaching the quarterfinals of a slam, Naomi has never lost, and this tournament would be no different. Facing the No. 1 ranked doubles player in the world and one of the few players who has beaten Naomi after she won the first set, Naomi controlled the match from the beginning to set up a semifinal showdown with Serena Williams.

Semifinals def. [10] Serena Williams, 6-3, 6-4
Fans were welcomed back into Melbourne Park after a snap, five-day quarantine period in Victoria for a re-match of the 2018 US Open final. Struggling with her serve in the early stages, Naomi had to stay steady, fighting off Serena’s power.

After getting an early break back to level the match at 2-2, Naomi won 10 of the next 13 games to lead 6-3, 4-2. She eventually closed out the match four games later to advance to the finals, ending Serena’s streak of winning the title once reaching the Australian Open semifinals.

Finals def. [22] Jennifer Brady, 6-4, 6-3
This year’s final would be a rematch of the 2020 US Open semifinal, where Osaka won in three sets. Brady, like Osaka, has been nearly unbeaten on hard courts, winning 11 of her last 12 hard court matches at majors entering the final.

Osaka fired two aces and a service winner in her opening service game to set the tone.

From 4-4 in the first, Osaka locked in and reeled off the next six games to take a set and 4-0 lead in the second. After dropping the first two points in the 4-4 game, Osaka did not commit an unforced error in that six-game span.

Despite having a chance to go up 5-0, Osaka dropped the next two games. However, the former champion showed her mental resilience to push the nerves aside and close out the match three games later with a 6-4, 6-3 victory.

Quote of the Tournament
“People don’t remember the runner up. The winner’s name is what’s engraved.”

Official Partner of the Australian Open

The Yonex Stringing Team is the Official Stringing Team of the Australian Open for the 6th-straight year. The 2021 team consists of 26 stringers from six countries and is dedicated to providing the world standard of racquet stringing and is supported by the Made-in-Japan PRECISION 9.0 and ProTech 8 Deluxe machines that excel in precision stringing.