PARIS – Frenchman Pierre-Hugues Herbert already has the elusive Golden Slam in doubles, having won each of the four majors. On Saturday in Paris, he added a fifth slam to his resume in his home country with compatriot Nicolas Mahut.

The top-ranked French duo saved three match points in the semifinals and were two points away from defeat in the finals. Needing a break to stay alive at 5-4, 30-30 in the second, Herbert and Mahut used the energy from their home crowd to their advantage.

They were able to break back and force a deciding third set after capturing the tiebreaker. At 3-3 in the third, Herbert and Mahut capitalized on their third breakpoint opportunity in the set to take the lead. It was all they needed to win their second Roland-Garros title together, 4-6, 7-6, 6-4, over Kazakhs Alexander Bublik and Andrey Golubev.

Herbert and Mahut are now 5-1 in Grand Slam Finals together and have won a combined 18 titles together.

There was a packed house in Paris to watch the next generation. After winning the first set in a tiebreaker, Noskova found herself down 1-3. From that point, Noskova won the next five games, securing her first Grand Slam, 7-6, 6-3.

Although there are many top WTA players from the Czech Republic, including 2019 Roland-Garros finalist Marketa Vondrousova, Noskova is the first Czech to win the junior title in Paris in more than 30 years.

“It's an honor to be a winner of Roland-Garros, be winner of a Grand Slam after this long time [for Czech tennis],” said Noskova. “I am speechless right now. I don't know what to say actually. This is very special moment for me.” 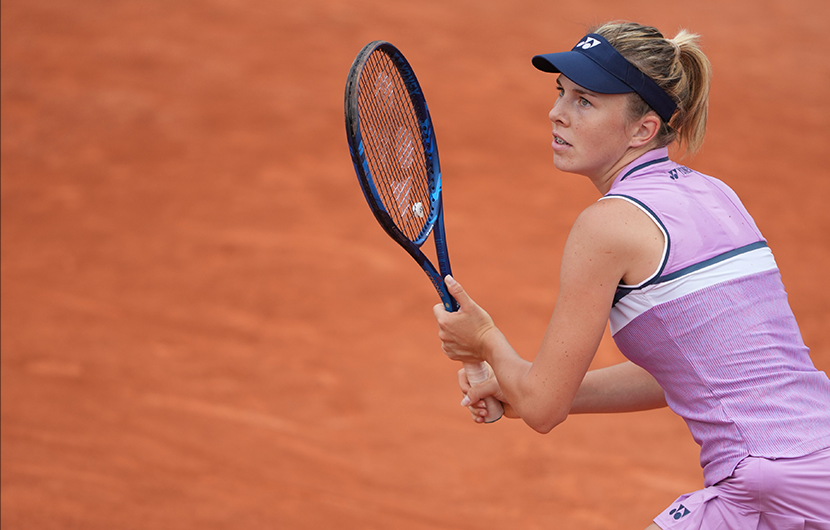