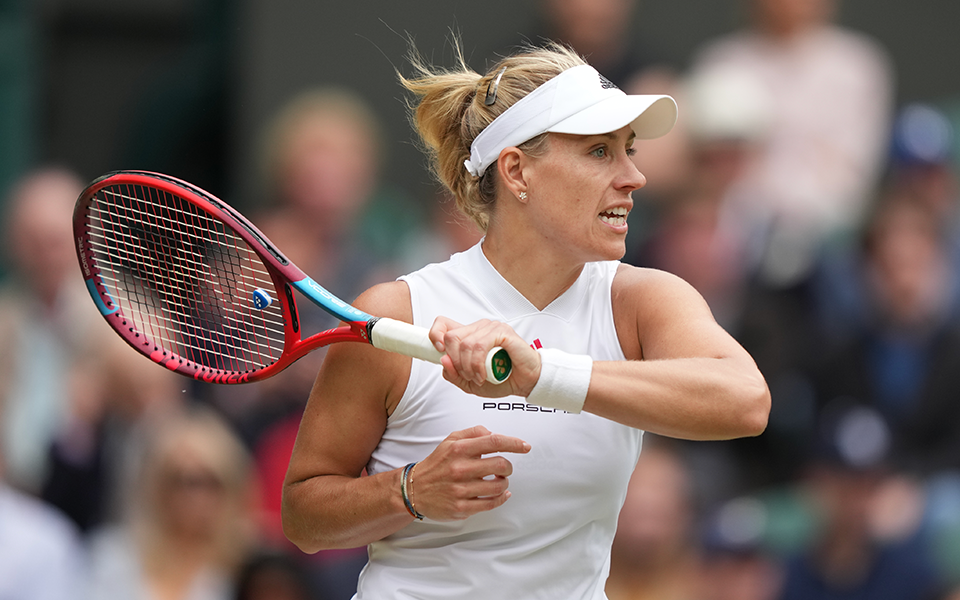 LONDON – [25] Angelique Kerber (GER) is into the semifinals at Wimbledon for the fourth time in her career after a 6-2, 6-2 victory over [19] Karolina Muchova.

Kerber needed just 75 minutes to dispatch Muchova in her quickest match of the tournament so far. She saved 7 of 8 break points and converted on 4 of 6 to advance to her first major semifinal since winning Wimbledon in 2018.

“I’m so happy to play my tennis again with my heart on the court, fighting to the last ball, enjoying my time on and off court,” said Kerber.

She will play World No. 1 Ashleigh Barty for a spot in the finals on Thursday.

Hurkacz immediately broke Medvedev to go up 5-3 and then served out the set to force the match into a decider.

In the final set, Hurkacz secured another break at 1-1 and never let up. The Pole dropped just four points on serve in the 5th and finished with 47 winners to advance to his first career Grand Slam quarterfinal.