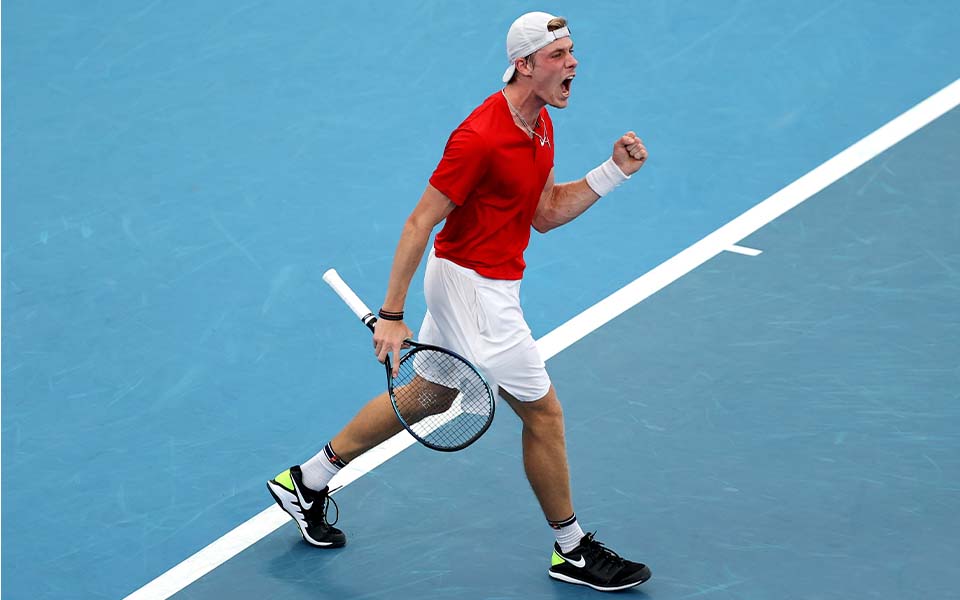 After testing positive for COVID-19, Denis Shapovalov (CAN) was unsure when he would begin his 2022 season. The 2nd-ranked Canadian made a quick recovery after an isolation period and joined Team Canada in Sydney for the 3rd-annual ATP Cup with little preparation.

Shapovalov lost his first two matches – one doubles, one singles – as he was finding his rhythm, then became Canada’s most-reliable player when the team faced elimination.

After a slow start, Shapovalov went 3-0 in singles – including a straight-set victory over Pablo Carreno Busta in the finals – and 2-0 in doubles ties to help give Canada their first ATP Cup.

“I just hope a lot of kids will start picking up racquets after seeing us competing,” said Shapovalov, hoping to inspire youth his home country.

Reigning Australian Open Champion Naomi Osaka (JPN) played dominant tennis in her return to Melbourne. After a 3-set victory in her first match back since the US Open, Osaka cruised, winning two straight-set matches, dictating points with overwhelming power.

In an abundance of caution as she prepares for this year’s first Grand Slam, Osaka withdrew from her semifinal match with an abdominal injury. She is set to defend her 4th Grand Slam title beginning Jan. 17.