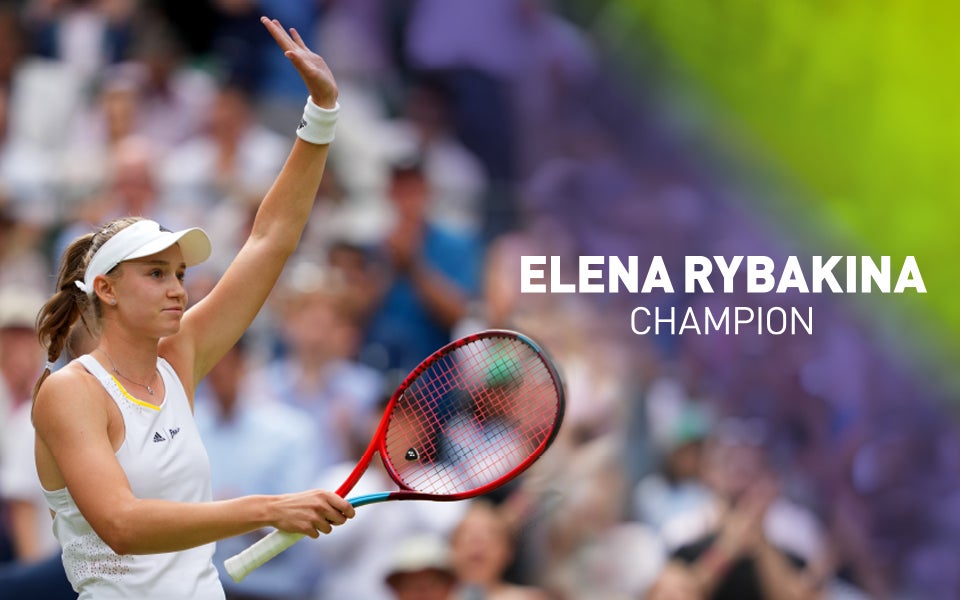 LONDON – “I just know that I have this gift,” said Elena Rybakina during her two-week stay at this year’s Wimbledon.

She shared her gift with the world on Saturday afternoon – a powerful, relentless game, blistering groundstrokes, swift movement - especially for a 6-footer, untouchable serves, and a sense of calmness on the biggest stage.

The 23-year-old was playing in just her second Wimbledon. Her first time on Centre Court was two days prior for her semifinal victory over former champion Simona Halep. Now, she’s 2-for-2 on the historic court, which is celebrating its 100th anniversary.

The Wimbledon ladies’ final would be the first time in the Open Era that both finalists were making their major final debut. Rybakina was up against World No. 2 Ons Jabeur, who was looking to become the first African player to win a Grand Slam.

Nerves were in play during the opening set for Rybakina. For the first time all tournament, Rybakina failed to serve an ace in a set and racked up 17 unforced errors, 11 more than Jabeur and one more than she had in her entire semifinal match.

Rybakina saw her first breakpoint after a forehand winner in the first game of the second set and capitalized on the opportunity. In the fourth game, Rybakina fended off three breakpoints with two winners and an unforced error from Jabeur to go up 3-1.

That game proved to be one of the most pivotal in the match. Rybakina was finding her rhythm, cut down on her unforced errors, and found the corners. She would win five of the next six games to take a 2-0 lead in the deciding set.

The third set was a lot like the second. Rybakina was 2-for-3 again on breakpoints on Jabeur’s serve to give her a three-game cushion at 5-2 to serve out the match.

At 40-30 in the 26th game, Jabeur’s backhand sailed wide and Rybakina – staying true to her calmness on the court – silently sighed and casually walked to the net after her 3-6, 6-2, 6-2 victory.


Elena’s Road to the Finals